There are numerous warnings and side effects of fentanyl that you should be aware of.

Fentanyl targets the central nervous system (CNS) and opioid receptors of the brain to provide pain relief, which creates feelings of relaxation and sedation. This is helpful for those who suffer from long-term pain such as cancer pain.

Although fentanyl is beneficial for those with chronic pain, it can also be abused. In addition to this, there are numerous warnings and side effects of fentanyl that you should know when taking this drug.

The United States Food and Drug Administration (FDA) states that taking opioid medications can cause serious risks to your health, especially when abused.

Fentanyl Can Be Habit-Forming

One of the primary warnings is the potential for abuse. Fentanyl can be habit-forming, which means you’ll need to take the painkiller exactly as prescribed by your healthcare provider.

According to the United States Drug Enforcement Administration (DEA), chronic opioid use can lead to a physical dependence to the drug. When a person develops dependency, they may develop cravings for the drug as well as suffer from withdrawal symptoms.

Since fentanyl is a CNS depressant, it should not be taken with other CNS depressants such as benzodiazepines, alcohol, muscle relaxants, or other opioid medications. By adding more depressant substances to your body, the sedative effects become much stronger.

Combining medications is dangerous and can lead to an accidental overdose that can cause shallow breathing, loss of consciousness, or coma.

In addition to the previously-stated warnings, there are other important warnings to be aware of. You should not take fentanyl if you:

The above-mentioned list of warnings should be discussed with your doctor before taking fentanyl. In addition to these warnings, those who take fentanyl should not combine grapefruit or grapefruit juice with this opioid medication.

If any adverse effects such as chest pain, stomach pain, or hives occur, contact your doctor immediately.

While there are numerous warnings regarding this opioid medication, it’s also possible that serious side effects of fentanyl may occur when you take this drug.

Some of the short-term and common side effects include:

Long-term side effects of fentanyl use include:

Those who abuse fentanyl may find themselves suffering from withdrawal symptoms. If you’ve taken part in chronic use of fentanyl and abruptly stop, the symptoms you develop can be severe.

In fact, according to the National Institute on Drug Abuse (NIDA), some of the withdrawal symptoms may include:

Depending on the dose of fentanyl taken, as well as if you’ve combined medications and how long it’s been since you’ve last taken the drug, withdrawal symptoms can range in severity.

Accidental overdoses may take place if fentanyl is abused. Symptoms of a fentanyl overdose include:

All of these symptoms can be life-threatening, so if you suspect an overdose has occurred, contact 911 immediately. Medications such as naloxone and buprenorphine are used to help reverse the effects of an opioid overdose.

While at the hospital, your doctor may recommend supplements and vitamins for you to take if your body is in a weakened state. Drug abuse can weaken the immune system which will need to be nourished back to help with treatment by healthcare professionals.

For information on our outpatient treatment options, please contact us today.

This page does not provide medical advice. 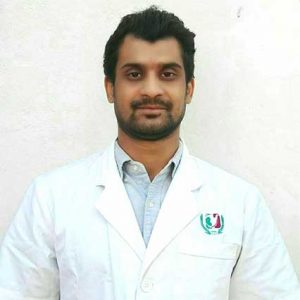 How Long Does Fentanyl Stay in Your System?

How Long Do Opioids Stay In Your System?

Opioids Listed From Strongest To Weakest

Understanding Opioids | How They Work & What They’re Used For