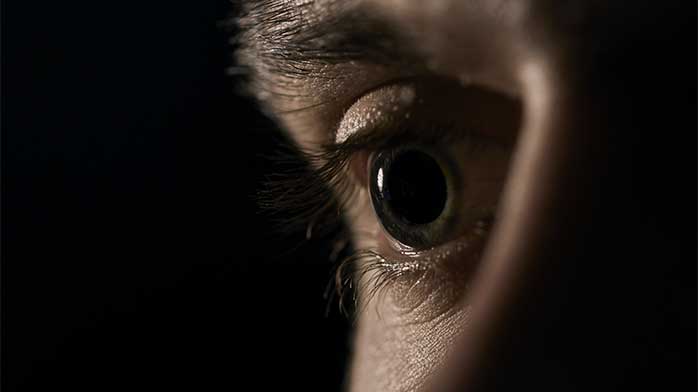 Pupils are tiny, dark circles at the center of your eyes. In some cases, your pupils will dilate (get bigger) when exposed to light or other stimuli, including certain drugs. That’s because drugs affect neurotransmitters (brain chemicals), which can impact pupil size.

Here are eight of the most popular drugs known to cause pupil dilation.

Along with dilated pupils, other eye-related effects of alcohol may include:

Benzodiazepines (or “benzos”) are prescription drugs used to treat anxiety, seizures, and insomnia. Some of the most popular benzodiazepines include alprazolam (Xanax), clonazepam (Klonopin), and diazepam (Valium).

All benzodiazepines enhance the effects of a neurotransmitter called gamma-aminobutyric acid (GABA). Along with making you feel calm and drowsy, GABA can cause dilated pupils.

You’re more likely to experience this effect if you abuse benzodiazepines, which means you use them in a manner not prescribed by a medical professional. For example, you might take higher doses than prescribed or use them without a prescription.

Cocaine is an illicit drug made from the leaves of the coca plant. As a stimulant, it speeds up your central nervous system, causing a rush of energy and euphoria (intense joy). It’s available as a white powder that can be snorted or injected. It can also be made into smokeable rocks called crack cocaine.

All forms of cocaine can cause dilated pupils. This is probably because cocaine increases the amount of dopamine in your brain. Dopamine is a neurotransmitter that boosts feelings of pleasure, reward, and motivation. It can also affect your pupil size.

In addition, like alcohol, cocaine expands the blood vessels around your pupils, which can lead to bloodshot eyes.

Methamphetamine (or “meth”) is an extremely powerful stimulant drug. As with cocaine, meth’s effect on pupil size is likely related to an increase in dopamine. Meth can also cause blurry vision and involuntary eye movements. These effects are sometimes called “meth eyes.”

This disease makes you feel unable to stop using meth even if you want. Over time, meth abuse and addiction can cause permanent nerve damage in your retina (the light-sensitive layer at the back of your eye). This can cause symptoms like floaters, blurry vision, and double vision.

Many people who use ecstasy experience pupil dilation, likely due to the drug’s impact on dopamine. Other physical effects of ecstasy may include:

Psychedelics (also called hallucinogens) are drugs that impact your thoughts, feelings, and sense of your surroundings. The most popular psychedelics include LSD, psilocybin, mescaline, and ketamine.

These drugs can enlarge your pupils by affecting a neurotransmitter called serotonin. Along with pupil size, serotonin impacts a variety of other functions, including mood, memory, and sensory perceptions.

Other effects of psychedelics may include:

All prescription amphetamines are stimulants. Although they are less powerful than illegal stimulants like cocaine and meth, they have similar effects.

In particular, they affect the neurotransmitter dopamine, which can lead to dilated pupils. Like benzodiazepines, prescription amphetamines are more likely to cause pupil dilation if you abuse them.

Other effects of prescription amphetamines may include high blood pressure, loss of appetite, trouble sleeping, paranoia, and psychosis.

Antidepressants are medications used to treat depression. They can also ease symptoms of other mental health conditions, such as obsessive-compulsive disorder (OCD) and post-traumatic stress disorder (PTSD).

Both serotonin and norepinephrine can increase your pupil size.

If you or a loved one struggles with drug use, please contact Northeast Addictions Treatment Center. Our board-certified health care providers offer mental health counseling, support groups, and other evidence-based treatment options for drug abuse and addiction.