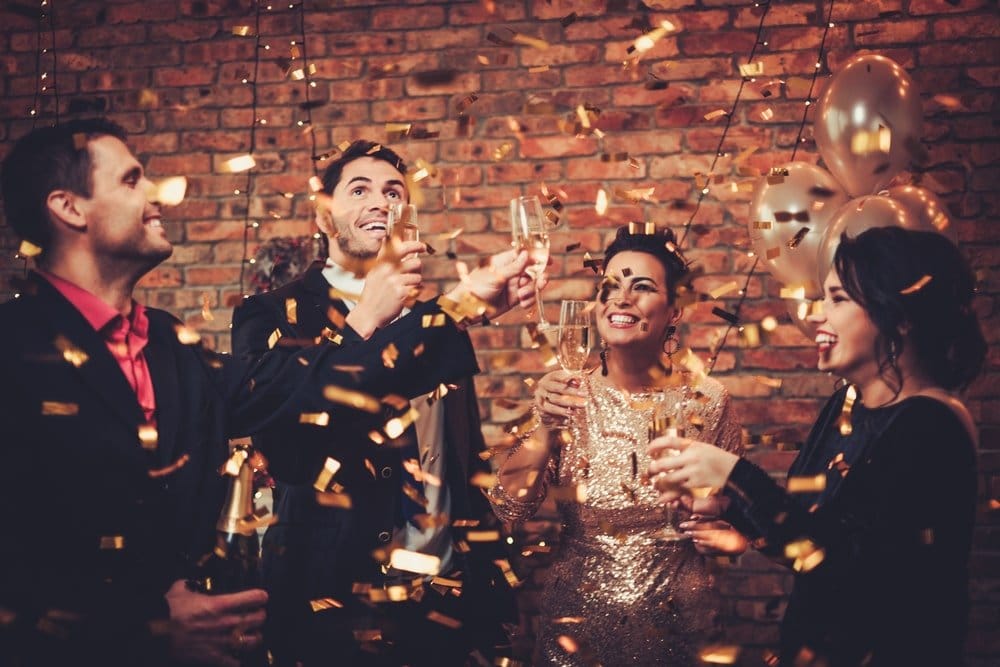 As New Years approaches, Americans look forward to the holiday season and connecting with loved ones for one last hurrah before the year’s end. It has almost become customary to drink on New Year’s eve, especially in metropolitan cities, where there is a party on every corner.

Many feel the pressure to drink on this night, and it can especially be difficult with those struggling with alcohol addiction. It is no secret that New Years day has the most alcohol related accidents and injuries. In fact, half of all fatal crashes on January 1st are due to a driver having a blood alcohol level of at least 0.08.

In bigger party cities like New York, the number of alcohol-related ER visits can more than double on New Years day.

We conducted a survey across the United States, to see how many alcoholic drinks Americans consume on New Year’s Eve. We asked people if they drank 1,2,3 or 4+ alcoholic beverages. Here is what our study found:

Of those who took our survey, 54.3% identify as males and 45.7% identify as females. But who consumes more alcohol on New Year’s Eve, males or females?

How Many Alcoholic Drinks Consumed by Males vs Females

So how does this translate into actual drinks?

Based on our survey, this group of females will drink at least 344 alcoholic drinks, where as males will consume 668, nearly double the amount from females.

Next, we were wondering which state had the most alcohol consumption on New Year’s Eve.

Alcohol Consumption Across the United States on New Years

Where does your state stand?

Breakdown of All Alcohol Consumption on New Years by Age Group

Most people would assume that the age groups of 18 to 44 (the younger half of the population) would consume more alcohol on New Years than those in the age groups of 45 and older. However, our survey found that there is only a 1.3% difference in younger age drinking than their elders.

This static actually corresponds with a recent uptake in alcohol abuse by older adults.

How Much Alcohol is Safe to Drink Daily?

According to the Mayo Clinic, moderate alcohol consumption is defined as 1 drink per day for women and 2 drinks per day for men. “Drinks” are described as the following:

What is Heavy Drinking?

Heavy drinking is considered to be more than 3 drinks on any given day for women and more than 4 drinks for men.

Risks for heavy drinking can include:

Our survey shows how common it is for people to go above the daily recommended limit on New Years. And with the holiday approaching, we hope the statistics we’ve shown will have people making more informed decisions on how they spend their New Year’s Eve. After all, you don’t want to start the new year with a hangover.

If you or someone you know is struggling with alcohol abuse, call our addiction treatment center today and speak with a specialist to find out your options.

The respondents identified as the following:

Feel free to share the data on this page freely. When sharing with others, please kindly refer back to the original findings Neaddictions.com.