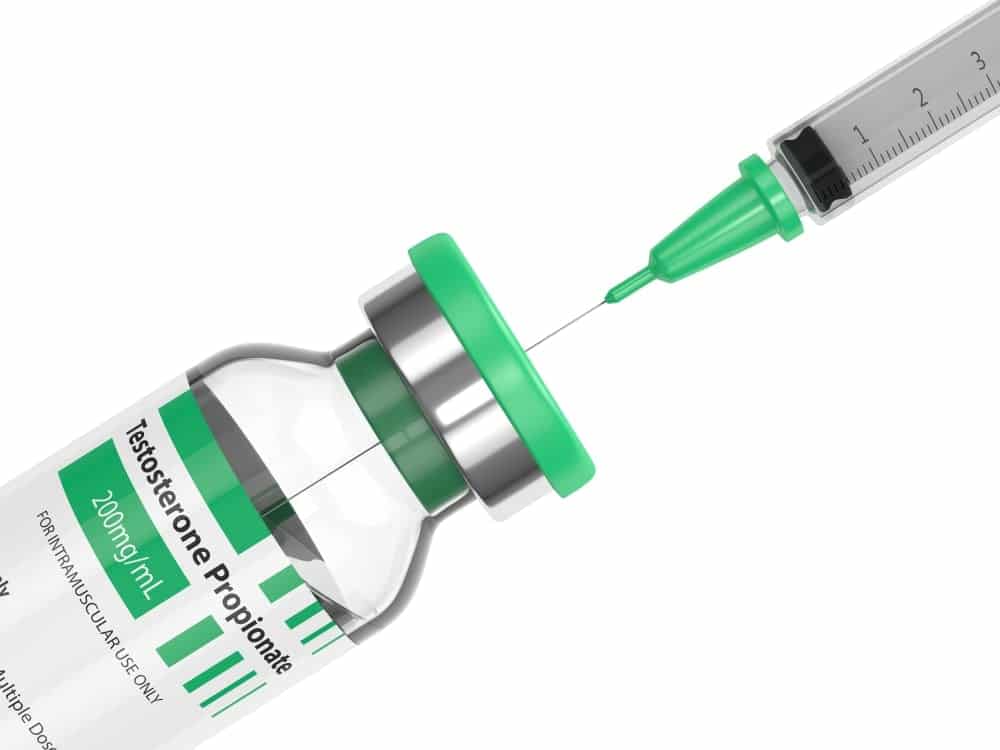 Body image issues and the pressures that many feel to look like their favorite models and actors can cause feelings of inadequacy. From magazine covers to television shows and movies featuring men with bulging biceps and rippling abs, the need to look better and stronger is something that drives many beginner and seasoned weightlifters to seek a synthetic assist.

Steroid use and abuse has become a major point of concern for those wanting to attain instant and impressive results. While most other drugs produce a feeling of euphoria and pleasure, steroids do not. However, their long lasting influence and the effect that they have on the psyche leaves a user at a major risk of developing a serious addiction.

What are Anabolic Steroids?

Anabolic Steroids are synthetic drugs that are created with the intention of mimicking testosterone. Testosterone is the primary male sex hormone that plays a key role in the development of the male reproductive system. Testosterone also helps to promote secondary sexual characteristics like body hair and muscle growth.

The full name for drugs that fall into this category is “anabolic-androgenic steroids”. The two names signify that these drugs promote two separate qualities: anabolism, or cell growth, and androgenic, or enhanced male characteristics.

Anabolic steroids are made available through a prescription and are used to assist with important medical issues. They can be used to aid with delayed puberty, hormone imbalances in men, muscle loss as a result of diseases and certain types of anemia.

Often referred by other names like juice or roids, these drugs come in the form of injectable liquids, pills and topical gels. Anabolic steroids change how the body naturally builds muscle. When a person works out, small but significant tears form in the muscles. As the damaged muscle begins to heal, the tissue becomes stronger than it previously was.

Anabolic steroids speed up the healing process which helps users exercise more strenuously. With the ability to push passed their natural limits, a steroid user will be able to exercise frequently and with greater results.

The three most common ways that people abuse anabolic steroids is through cycling, stacking, and pyramiding.

Cycling refers to the process of taking steroids during a specific amount of time. Normally lasting between 6-12 weeks, the user will take several doses of steroids and then stop. They will then begin taking steroids again after a short rest period. The reason users go off of their cycle is to allow the body to produce natural testosterone and to prevent further damage to internal organs.

Stacking refers to the user taking multiple types of steroids at once. It could also refer to the mixing of both oral and injectable formulas.

Pyramiding refers to a method where the user takes steroids during a predetermined cycle. When the user first begins their cycle, they start with a low dose and gradually increase to a maximum dosage mid-cycle. During the second half of the cycle, the user will then gradually decrease their steroid use.

Overall, there are around 24 commonly used steroids. While many people believe that all steroids are for building muscle and gaining a much bigger physique, there are some variations that work to keep a person lean. The following is an abridged version of the most commonly used steroids and a brief description of how taking it will affect the user:

Although there are six common forms of testosterone, all have the same basic composition. The only differences between the six is how the hormone reacts once it enters the digestive tract. Once inside of the body, the different testosterone hormones act in the same way, but the effects each has on the body is related to how short or long it stays active. The length of activity can be better understood by the size of the esters attached to them.

For those who consider themselves baseball fans, primobolan is the steroid that Alex Rodriguez confessed to using during his playing career. Although on the more expensive side, when compared to other hormones like testosterone, one of the major advantages of using primobolan is that it binds to androgen receptors more efficiently than most other steroids. A better ability to bind means that primobolan burns fat at a rapid pace.

Primobolan is both anabolic and androgenic, which means that it is one of the best steroids at retaining nitrogen. Able to be consumed orally or as an injectable solution, the latter is highly recommended. The oral versions of primobolan have been modified to prevent it from being digestible as it passes through the body. These modifications reduce its performance and also makes it more toxic to the liver.

Trenbolone is one of the most powerful steroids ever created and has become a necessary tool for bodybuilders looking to compete. Although it is well known for its abilities to help users cut massive amounts of fat, Trenbolone is also an effective bulking agent. Because it is a non-aromatizing steroid, any weight that a user gains while taking it will be lean tissue. Aromatization is the process of testosterone transforming into estrogen. Because Trenbolone inhibits this process, extra water retention is not possible.

Trenbolone is renowned for its cutting abilities. Arguably producing better results on its own than the stacking of multiple other steroids, Trenbolone preserves muscle mass that normally withers away. Trenbolone also increases metabolic rate which results in the user burning fat at a far more powerful and efficient rate. Trenbolone also results in dramatically improved rates of recovery as well as increased muscular endurance.

First brought to the hormone market in the 1950’s by Winthrop Laboratories, Winstrol has become synonymous with scandal. Officially known as Stanozolol, Winstrol made global headlines when Canadian sprinter Ben Johnson was caught using the hormone during the 1988 Olympics in Seoul.

Winstrol is a very popular steroid for those engaged in cutting cycles. This steroid has the ability of preserving lean tissue and strength even when the athlete or user is in a caloric deficit. Normally used in tandem with a foundational steroid like Testosterone or Trenbolone, Winstrol promotes a more vascular, dryer and defined look for the user.

It is important to stop abusing anabolic steroids before the effects become life-threatening and irreversible. However, many people do not understand how to withdraw from taking a drug that has made them look a certain way. Men and women who continue abusing anabolic steroids are at risk of a multitude of health problems. From heart attack or stroke to liver disease and liver cancer, figuring out a plan for steroid withdrawal is incredibly important.

Withdrawals from any drug follows a certain trajectory that can last anywhere from a few days to a couple of weeks. The length of the withdrawal correlates to the severity of misuse and the length of time that the steroids were taken. Though it may be tempting to quit all together, this method is highly frowned upon due to the greater risk of a relapse.

The most common symptoms of early withdrawal are complaints of headaches and nausea. Some users may also exhibit increased irritability and aggression. During the next phase of withdrawals the user may experience symptoms of increased fatigue and lack of concentration. After a week, the symptoms of the withdrawal normally reach their peak in terms of discomfort. Many users will experience abdominal pains, which can result in the loss of appetite.

By the time the second week of withdrawals begins, the most extreme symptoms will have diminished and the side effects will continue to decline.

For those who want to recover from steroid addiction and figure out a plan of action moving forward, seeking out professional help is an important step. As with any drug, anabolic steroids have a high risk of dependency and addictive qualities.

When a user is undergoing drug detox, having a professional who can monitor their progression and identify signs of suicidal behavior is important. Mental health counseling helps recovering users cope with the severe mood swings that may occur during the withdrawal process. Through continued counseling sessions, users can learn ways to function without steroids and also figure out why they felt it was necessary to use them in the first place.

For people who are heavily addicted to steroids, inpatient rehab is one of the best ways to tackle the problem head on. Through inpatient therapy, the steroid user is removed from their typical environment and placed in a safe space where they can safely detox and learn new behaviors. Inpatient rehab lasts anywhere from 28 to 90 days and includes programs consisting of one-on-one counseling, support groups, mealtimes, family visits, engagement activities and occasional chores.

For users with a milder addiction to steroids, outpatient treatment may suffice because it allows them the opportunity to maintain their home life and continue going to work. Those who opt for outpatient therapy are required to make regular visits to a counselor and physician. The biggest drawback of outpatient therapy is that the user is not removed from their normal environment. This means that they will regularly encounter the temptation to take steroids.

When a patient leaves inpatient rehab or is going through the outpatient process, avoiding a relapse is the biggest goal. Continuing therapy, through seeing a counselor, taking prescribed medications and avoiding triggers are all ways to stay focused and on the road to recovery. Triggers can be people, places and things that the user associates with steroid use.

Making sure to act quickly by seeking professional help is the best way to avoid side effects of long term steroid use. As with any addiction, it will take hard work and dedication to overcome the abuse, but the commitment could be the difference between living a healthy life or encountering major health problems in the future.