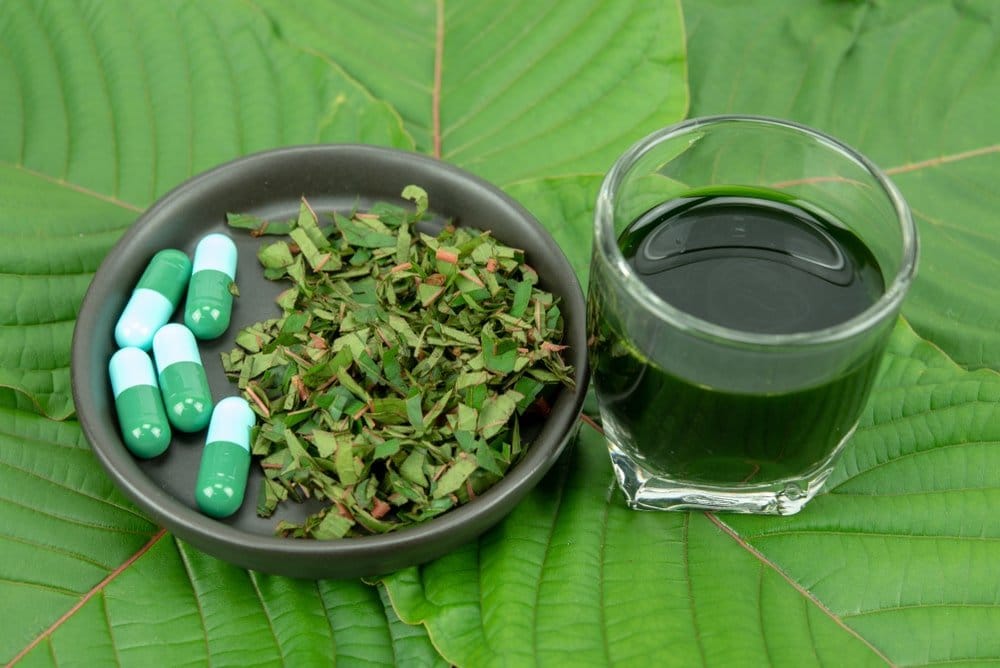 How much do you know about kratom? The herbal drug is known for its relaxing and sedating effects. It comes from the Asian evergreen tree Mitragyna speciosa, and it’s one of the few legal psychoactive drugs in the United States.

This opioid-like drug is legal in most of the United States as of 2019, so you might have seen it for sale in head shops or gas stations. It’s usually sold in colorful packets as kratom powder and smoked, eaten, or brewed into kratom tea.

People are buzzing about kratom as a cheap high, an easy way to pass a drug test, or even as a treatment for opioid use disorder. But just because it’s easy to find doesn’t make it safe.

In fact, kratom is a dangerous substance that can cause addiction and damage your health. Because it works on the same receptors in your brain as opioids, kratom can cause the same potentially fatal side effects during an overdose.

Kratom is the subject of plenty of myths and misunderstandings, but it’s important to know the truth about this drug, especially since its use is becoming popular. Let’s debunk five common myths about kratom:

#1) Myth: Kratom Can’t Cause Addiction (It Can)

It’s common for people to believe that kratom doesn’t cause addiction, but it’s very possible to be addicted to kratom. That’s because kratom causes physical dependence.

Physical dependence happens when your body gets used to having kratom in its system. When you suddenly stop taking kratom, your body has trouble functioning without it. You’ll have strong cravings for kratom and you’ll feel physically sick with symptoms similar to those of opiate withdrawal.

You’ll know if you’re addicted to kratom if you have symptoms of kratom withdrawal when you stop taking the drug. Symptoms usually occur within hours of your last use if you’re dependent on kratom, and they might last up to three days.

If you’re severely dependent on kratom, then your withdrawal period might last longer. But generally, kratom withdrawal is shorter and less intense than opioid withdrawal.

You can also tell if you’re addicted to kratom by looking out for physical and behavioral changes.

If you think you could be addicted to kratom, then you need to seek help. Kratom addiction is serious and it can be hard to overcome physical dependence on your own. The help of a certified treatment center for kratom can get you through the hardest parts of withdrawal so you can get and stay sober.

Before you partake in gas station kratom, stop to ask yourself: “is kratom safe?” and really think about the answer. (The answer is: Definitely not.)

A few hours of kratom high isn’t worth the risk. Using kratom can lead to all kinds of short-term and long-term health problems. And like most substance abuse disorders, getting addicted to kratom carries a risk of overdose and death.

Physical Side Effects of Kratom Use

Mental Side Effects of Kratom Use

Finally, death is a possible side effect of kratom use. Death could be caused by an overdose or it can be the result of side effects, especially after long-term use or when mixing kratom with other drugs. For instance, mixing kratom with alcohol or opiates can put you at higher risk of death.

The bottom line is, kratom isn’t safe. Whether you use it casually or daily, you’re at risk for serious health effects when you use kratom. In fact, you could even die from using it.

Many users reach for kratom as a cheap, easy-to-get replacement for mood stabilizers, antidepressants, and anti-anxiety drugs. One of the most common kratom effects is elevated mood or euphoria, which can relieve symptoms of mood disorders. But the truth is, it’s not safe or effective to take kratom for mental health relief.

The biggest concern is that some of kratom’s most common side effects are the ones that affect mental health and mood. They include:

Kratom can trigger symptoms if you have bipolar disorder, major depression, generalized anxiety disorder, schizophrenia, or other disorders that affect the mood and the way we perceive the world.

The other reason you shouldn’t take kratom for mental health is simply that it’s not approved for that use. The Federal Drug Administration (FDA) doesn’t approve kratom for any kind of medical use, including psychiatric.

Kratom is an opioid-like substance which means that it works by targeting the same opioid receptors in the brain that real opioid drugs do. Despite that, it’s not truly an opioid drug.

Because kratom is technically legal in many places and not a restricted opioid drug, many people who have opioid use disorders use it to replace opioids. In many cases, it prevents withdrawal symptoms without being as difficult to acquire as street heroin, black market pills, or prescription pills.

The problem is that kratom carries the same risks as opioid use. The risks of kratom use include:

Kratom isn’t a safe alternative to opioids. It’s simply another way to expose yourself to the same risks. Instead of using kratom, opioid users should turn to treatment centers where they can be given medication, such as Suboxone, for withdrawal under the watchful eyes of medical staff.

It’s not true that kratom can’t show up on drug tests. That may have been true a few years ago, but as kratom use becomes more common, more employers and government offices have demanded a drug test for kratom.

The result is the development of affordable and accurate tests that can detect the herbal substance. Many organizations still run standard drug test panels that test for common drugs like marijuana and heroin, but add extra tests for kratom.

There are Two Types of Tests That Can Detect Kratom

Don’t assume that you’ll test clean if you’re using kratom. You could end up testing positive on a drug test for employment, parole, or social services, and it could cost you valuable opportunities.

Instead, take the time to detox before undergoing any drug testing if you can. A substance abuse treatment center can help you get through withdrawal and come out sober and in recovery.

Kratom abuse doesn’t have to be the rest of your life. You can leave that part of your life in the past with the help of a qualified substance abuse treatment center.

The right center matches you with experienced health professionals who work with you to create a unique treatment plan. You’ll overcome kratom using treatment strategies that are chosen just for you.

What are you waiting for? Make the call and start your journey to substance abuse recovery today. Speak with our treatment specialists for a treatment plan tailored to your needs.