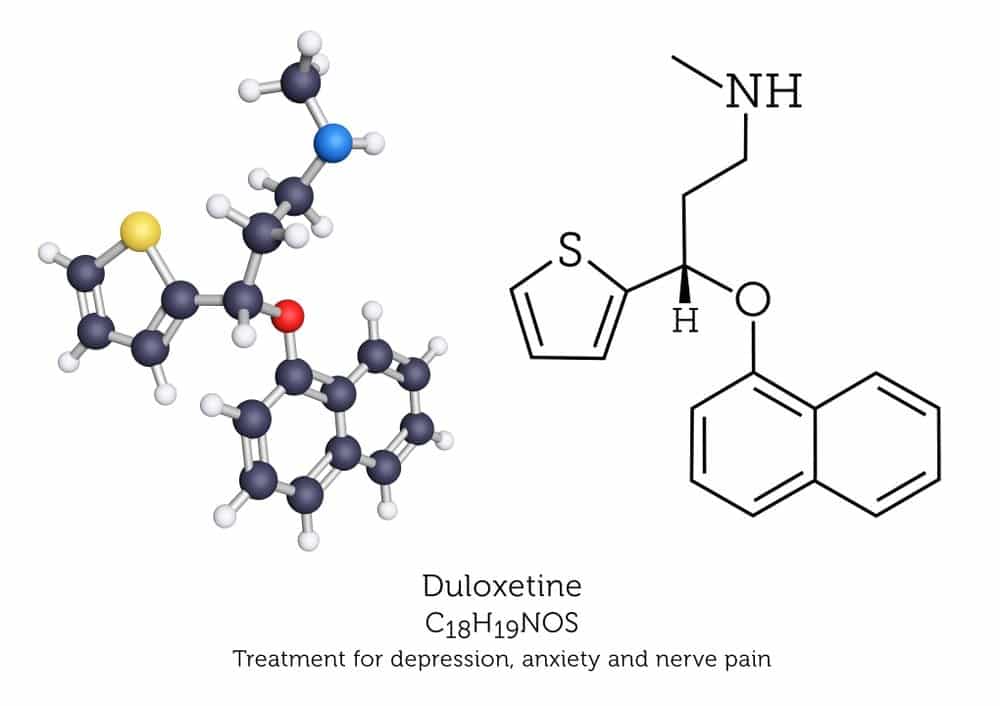 Prescribed for depression, anxiety, and certain types of pain, Cymbalta is the brand name for the drug duloxetine. This drug takes a while to build up in your system, and in most cases, you don’t feel the brain effects or other benefits until you have been taking Cymbalta for up to four weeks or longer.

After the last time taken, Cymbalta will continue to show up in drug tests, but the results are not the same for everyone. The timeline varies based on your personal factors and whether you’re screening your urine, blood, hair, or saliva. Keep reading to find out how long Cymbalta stays in your system.

Factors That Affect How Long Cymbalta Stays in Your System

The average person clears half a dose of Cymbalta from their body in about 12 hours. After another 12 hours, their body eliminates the remaining half of the drug, and this process repeats until all traces of the drug are gone.

A long list of factors affect how long your body takes to process Cymbalta and other drugs. In particular, the length of time a drug stays in your system can vary based on the following:

How Long Does Cymbalta Stay in Lab Tests?

If you take a lab test for Cymbalta, you should expect to test positive for the following amounts of time after the last time taken:

Some antidepressants can cause you to test positive for other drugs. Before taking drug tests, be honest with the tester about the substances in your body. That helps to ensure you get the best results possible.

Keep in mind that Cymbalta needs to build up in your system to work properly. Your body gets used to this medication, and you shouldn’t stop taking it cold turkey. In fact, almost half of people experience uncomfortable withdrawal symptoms when they quit taking Cymbalta on their own.

They noted dizziness, nausea, and headaches, but about 65% of people say their symptoms go away in a week. This indicates that Cymbalta lingers in your system for a week on average, During this time, you may not receive the antidepressant brain effects of the drug, but as the drug leaves your body, it takes a physical toll on you.

How Long Does Cymbalta Stay in Your Urine?

Cymbalta is a  tricyclic antidepressant, and these drugs show up in urine tests for 2 to 7 days. But usually, you can’t detect Cymbalta in a urine test until about 8 hours after taking the medication.

Urine tests results also vary based on your body mass, hydration levels, and acidity of your urine. Typically, if you use a drug frequently, it shows up in your urine for a longer period of time.

How Long Does Cymbalta Stay in Your Hair?

Researchers have not looked at how long Cymbalta stays in your hair, but most hair drug tests can see which drugs you have taken in the last 90 days. Depending on the test, Cymbalta may be detectable in hair follicles for 3 months.

How Long Does Cymbalta Stay in Your Blood?

On average, Cymbalta shows up in your blood for 5 days. In other words, your body takes about five days to eliminate a dose of Cymbalta.

How Long Does Cymbalta Stay in Your Saliva?

Cymbalta is detectable in your saliva for about five days. Unfortunately, researchers have not spent much time looking at how long this drug shows up in a saliva screening. Instead, this number is based on the fact that the results of blood and saliva tests are usually the same.

As a general rule of thumb, if you’re trying to figure out how long a drug is detectable in a saliva screening, you can look at how long it lasts in blood tests. Again, however, test results are not the same for everyone. The half-life of a drug varies based on many personal factors.

If you want to quit taking Cymbalta, reach out for medical help today. If you’re struggling with prescription drug addiction, depression, and other issues, you are not alone. To get help, call Northeast Addictions Treatment Center today! You deserve a joyful life free of drugs and alcohol. We can help get you there together.