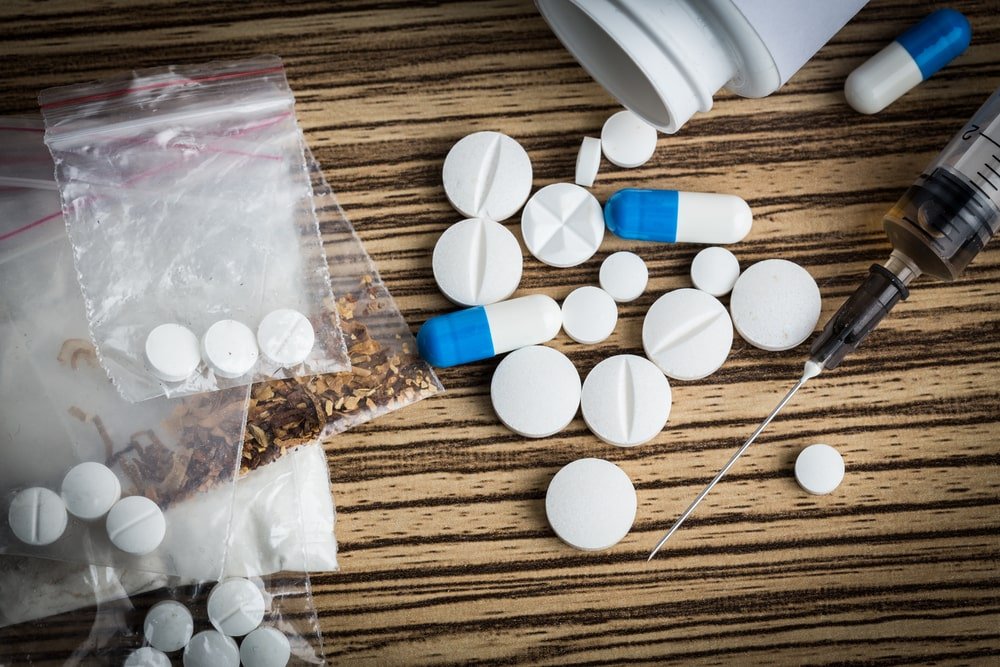 What is Drug Addiction?

A drug addiction is a disorder of the brain which affects behavior. It is considered a disease of the brain because it has the ability to alter the way a brain functions. When a person first takes drugs, factors such as peer pressure, environment or curiosity can all contribute. It is imperative to get treatment for a drug addiction because the changes happening to the brain when using can be long-lasting without treatment. Addiction is progressive, and if it isn’t treated timely can prove fatal.

Addictions cause drug users to lose self-control. Regardless of health, income, or emotional status, an addicted person will feel urges to use even if they want to quit. Also, an onset of withdrawal symptoms either physical, psychological, or both is telling of a drug addiction.

What is Drug Abuse?

Drug abuse is often seen as less afflictive than drug addiction, but that couldn’t be more further from the truth. Drug abuse can be just as damaging to a person’s life and health.

Drug abuse starts when a person uses legal or illegal substances in a manner in which they shouldn’t. For example, if a doctor recommends taking 1 painkiller per day after knee surgery, abuse would be a patient taking more than the recommended dose and increasing the dose continuously. People who abuse drugs normally take them to relax, find some sort of temporary escape from their problems, or even because of peer pressure. However, unlike someone with a drug addiction, those who abuse drugs can probably stop using before developing an addiction. But this is a slippery slope, as abusing substances often leads to addiction.

Can Anyone Become Addicted to Drugs?

Addiction is a disease of the brain, which means that it can affect anyone. It is impartial to race, gender, socioeconomic status, salary, etc., it does not discriminate and affects all equally. That being said, research has shown that certain factors exhibit a strong correlation between drug use and the likelihood of addiction.

An important factor that could lead to addiction is the environment a person is exposed to. If a young person is exposed to drugs and alcohol via parental figures or family friends, their likelihood to use and become addicted is far higher than someone who grows up in a substance-free household.

Mental health issues have also been linked to drug addiction and abuse. Those who suffer from depression and anxiety can use drugs as a way to numb their emotions, which eventually lead to an addiction.

How Do You Know if Someone is Addicted to Drugs?

Trying to gauge whether or not someone is addicted to drugs, and trying to have a discussion with someone about their drug use can be quite challenging and uncomfortable. Often, people can’t find the words to appropriately broach the subject, or just don’t know how to go about it. Yet, before having a discussion, one must discern whether someone is battling an addiction or substance abuse, and there are ways to tell.

The sudden neglect and lack of interest in responsibilities is a major sign of drug use. The neglect of responsibilities can range from forgetting to do household chores to a loss of interest in school or work. The neglect becomes incredibly problematic when the potential addict has young children. Because young children require constant care and attention, an addict’s lack of alertness can lead to a harmful outcome.

Withdrawal and isolation from family and friends is another major sign of drug addiction. As a person falls deeper into their addiction, they would rather spend time looking for ways to satisfy their cravings than attending social gatherings. If the addict in question is normally a social butterfly and suddenly becomes reluctant to engage in social outings or settings, this sudden shift in behavior could be a cause for concern. When the addict is someone that is known to be introverted, it may take a little more digging to figure out if their withdrawal is normal or drug-induced behavior.

Changes in sleep patterns are also considered a sign of potential drug addiction and abuse. When a person abuses drugs, neuroreceptors of the central nervous system fire inconsistently. Instead of the body naturally following its sleep cycle, an addict’s sleep cycle follows an irregular pattern.

The criteria above only scratches the surface when it comes to figuring out if someone in your life is addicted to drugs. Using resources such as the National Institute on Drug Abuse can help concerned family members and friends begin to understand drug abuse and addiction. Additionally, reaching out to health care professionals who specialize in addiction can answer questions specific to the addict in your life.

When a person begins abusing drugs, they rarely think about its consequences and long-term effects. However, when something as harmful as drugs enter the body, all major organs are susceptible to devastating outcomes. While immediate effects of drug abuse such as lack of coordination, lethargy and incoherent thought patterns are well known, some effects can cause damage that lasts for years.

The liver is an organ which bares a significant burden when the user is addicted to heroin or prescription opioids. If the addict takes drugs with alcohol, the results can be catastrophic. Because the liver is responsible for metabolizing alcohol, if a person engages in excess drinking, a backlog is formed. The combination of drugs and alcohol causes the liver to become fatty in consistency, resulting in a loss of efficiency.

The respiratory system also takes a major hit when drug use transitions into an addiction. The lungs can become affected by any drug that is smoked. Smoking drugs like tobacco can cause inflations in the alveoli (air sacs in the lung), which could lead to the development of emphysema.

Included in a group of diseases known as chronic obstructive pulmonary disease or COPD, emphysema changes the anatomy of lungs due to the destruction of small airways called bronchioles. When lung tissue is damaged, the lungs have to work harder to inhale and exhale. In more severe cases, lung cancer can also develop.

For those who engage in long-term use of stimulants like cocaine, the heart will suffer. Stimulants affect the sympathetic nervous system, which activates the “fight” or “flight” response throughout the body. During this response, heart rate increases and blood vessels become narrower. Narrowing of blood vessels is known as hypertension and commonly leads to chest pains. Use of stimulants can also lead to diseases of the heart muscle and formations of ruptures on the surface of the aorta. These ruptures can lead to irregular heartbeats and sudden heart attack.

A commonly ignored area of the body which is also damaged by long-term abuse is the gastrointestinal tract. Comprised of the mouth, esophagus, stomach and intestines, the gastrointestinal tract is often the first point of contact with drugs. With each ingestion, drugs work to decay and damage the stomach and intestines. As time goes on, the development of diseases like acid reflux can emerge. Acid reflux forms as a result of the lower esophageal sphincter (LES) losing efficiency.

Normally, the LES closes immediately after food passes through it. However, when a person suffers from acid reflux, the LES doesn’t completely close or it opens often. Acid produced by the stomach moves through these openings and into the esophagus. As acid moves up the digestive tract, a burning sensation in the chest known as “heartburn” is common.

One of the hardest aspects of the drug addiction journey is getting help. As an addict falls deeper into their addiction, family members and close friends may feel obligated to step in. Thoughtfully expressing concerns about choices in an addict’s life can be the catalyst which propels them to seek assistance. Ultimately, the choice to get help has to be made by the addict.

Staged interventions may help to convey the concerns and hurts the addicts addiction is playing on friends and family. If an addict is reluctant to check into a treatment facility and get help, gathering family and loved ones to talk to the addict together along with a therapist could help the addict see the gravity of his/her condition and be persuaded to get help.

It is imperative to have the addict check into a rehabilitation clinic and begin drug detox in order to rid their body of the substance they are abusing. If the drug addiction is severe, an inpatient or residential facility is the best option for the addict to recover as inpatient treatment centers provide medical detoxes with around-the-clock support and care. Patients are required to stay at the facility day and night for a duration of time to fully recover from their addiction in a safe and drug-free environment.

Once the physical aspects of drug addiction are addressed, treatment centers also place a major emphasis on mental and emotional health. Though all treatment centers run differently, most programs provide a mixture of individual and group therapy sessions. Individual sessions are used as an informative time where patients learn about their addiction as well as learn ways of coping and living a drug-free life.

Group sessions are proctored by a professional that encourages the participation of every patient. In a group session, where every person is at a different point in their sobriety journey, those who are struggling can find strength in the stories of others. Group sessions help patients build a support network which is vital during and after their treatment program.

Sobriety is something that cannot be achieved through a magic pill. It is a process that takes a full commitment. Even after finishing a program, there may be times when a former patient feels a strong urge to use again. Making sure to seek help as soon as that happens can help avoid a relapse.