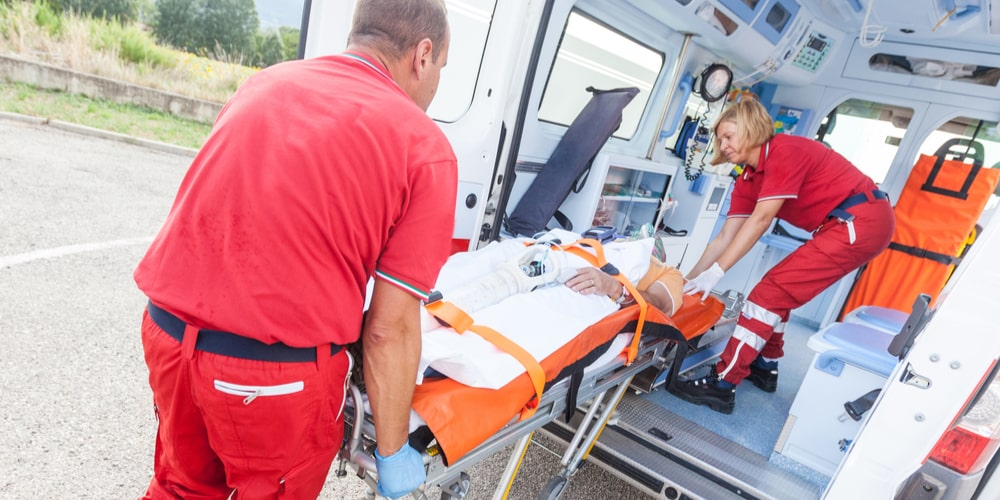 What is an Overdose?

Overdoses occur when a person takes so much of a drug that it negatively affects parts of their body necessary to sustain life. For example, some overdoses may cause a heart attack because the drug speeds up the heart rate so much that it cannot function normally. Other drugs act as depressants and may stop breathing entirely. If too much of a drug is taken at once, the body may not be able to metabolize it and an overdose can occur. Poisoning can also occur, and this is most common in “magic mushrooms” or when taking a drug that has poisonous additives in it.

A lot of people build up a tolerance to the substance they use over time, which means that they can take more than the recommended amount of a drug—sometimes much more—without overdosing.

Everyone has different sensitivity levels to drugs. This is based on genetics, whether or not they have a tolerance built up, and whether or not they have other conditions that put them at risk of an overdose. Sometimes a low dose of a medication can be toxic to certain people. This is why it’s so important to disclose all current and past medications taken to your doctor, as well as your known personal and family medical history. This is the best way to work as a team with your doctor to find a treatment plan that works best for you. However, it is not foolproof.

You and your doctor might not know about an underlying condition that could make you susceptible to overdosing on certain drugs. For instance, maybe you’ve never been tested for these conditions or maybe you’re seeing a doctor in urgent care who doesn’t have immediate access to your complete medical history. It’s critical that you do the best you can to disclose all information.

However, overdosing from medications prescribed to you— if adhering to proper use—isn’t likely compared to drugs taken illegally and for recreational purposes. If you get drugs from a non-medical source, such as cocaine or heroin, or take drugs not as prescribed, such as taking an excess amount of opioids you’ve hoarded, you face a much higher risk of overdosing.

There are a few reasons for these increased risks. One reason is that you can’t be certain of what you’re using. Obviously, there are no safety checks in place if you buy heroin off the street. You don’t know for sure what you’re actually given and how strong it is. Another issue is that many times the drugs you buy off the street are more powerful or are cut with dangerous additives. Even though the deadliest and most addictive drug is fentanyl, which is a drug prescribed for pain, there are a lot of “street drugs” which are also very potent and may be cut with poisonous ingredients in order to increase bulk. For example, crack cocaine or “crack” is supposed to be cocaine cut with baking soda so that it can be boiled and then smoked or injected. However, crack is not a drug prescribed in any medical setting. As such, you have no guarantee that it’s actually been mixed with baking soda and not another additive.

Teenagers are more inclined to accidentally overdose while chasing a high or when self-harming. Those who intentionally try to overdose, regardless of age, likely need treatment not just for drug abuse but also for underlying mental health conditions.

Signs of an Overdose

How can you tell what an overdose looks like? It’s very difficult since it varies from person to person, and depending on what drug was utilized. Sometimes the symptoms are so subtle that they are impossible for anyone other than a medical professional to notice. Other times, they are very apparent. A few common overdose symptoms include:

If you suspect a drug overdose, even if you’re not certain, it’s important to seek medical care immediately. When you call 911 or take the person to the hospital, you will be asked what type of drug was taken, the amount, and at what time. It’s okay if you don’t have all or any of this information, but it will be helpful in determining the best immediate treatment. If possible, bring a sample of the drug with you. This is especially prevalent if the overdose was on a prescription drug.

It’s best to call 911 for help or go to the ER. Many non-emergency clinics don’t have the tools to treat overdoses. You won’t be expected to know if an overdose is an emergency or not—or even if it’s really an overdose. If the person is still conscious and refusing to go to the ER, calling 911 is the best way to ensure they get proper treatment.

Cocaine is one of the most powerful and addictive illicit drugs available. In the middle of the last century and prior, it was a relatively common prescription drug. However, now that it isn’t available as a prescription, it’s very difficult to tell exactly what you’re getting when you buy cocaine off the street.

Cocaine and its counterpart, crack cocaine, are a stimulant or upper. The side effects that can take place from use are very dangerous. Cocaine can be snorted, injected, taken orally, or smoked. The various ways of taking cocaine lead to different risk factors for an overdose. The quicker cocaine gets into the body, the higher the chance of an overdose.

Thanks to the potent nature of cocaine, it’s easy for users to build up a tolerance. They will increase their abuse until each new high is more dangerous than the last. Over 5,000 people in the US die each year from a cocaine overdose. Understanding the most common symptoms of an overdose can help you or a loved one get care quickly.

As an upper, cocaine causes the body and brain to become overstimulated. Common symptoms of a cocaine overdose include:

For many years, heroin was the leading cause of death by drug overdose in the US—until opioids took over in recent years. However, both opioids and heroin are ultimately derived from the same root source, the poppy plant. Heroin isn’t as strong as some opioids, such as fentanyl, but it is a very strong and highly addictive drug. It’s also not prescribed by any doctors, so just like cocaine it is impossible to tell the quality and makeup of heroin you buy off the street.

Heroin can be taken many ways, but one of the most common is by injection. This is one of the most dangerous ways of taking a drug because the high is immediate via injection into the bloodstream (Also increasing the risk of sharing diseases such as HIV and hepatitis C).

Long-Term Effects of Heroin Use

Long-term effects of using heroin include liver failure, pulmonary dysfunction, and respiratory infections. However, overdoses can kill instantly. Some symptoms of a heroin overdose include:

Heroin is very strong, so many times when an overdose is discovered the person is passed out, usually with the syringe nearby.

Opioids (particularly fentanyl) share a lot of their molecular makeup with heroin. Both are morphine-based, but fentanyl is up to 100 times stronger than morphine. The overdose symptoms of fentanyl and heroin are very similar. Most fentanyl users snort the drug or take it orally. Sometimes a fentanyl overdose simply looks like the person is sleeping. It’s critical to check their pulse if you can and check for signs of vomiting or diarrhea.

You don’t hear about Xanax overdoses as often as cocaine or heroin overdoses, but they do occur. Xanax is a prescription drug that’s popular for recreational use, particularly for those looking for a sleep aid or anti-anxiety solution. Xanax is very fast-acting and overdose symptoms can occur quickly after taking the drug. However, many overdose symptoms mimic the regular side effects of normal Xanax usage. They can include:

Other Types of Overdoses

With so many drugs available, it can be difficult to tell if someone is overdosing, and on what drug. Adderall, a common prescription amphetamine used to treat ADHD and narcolepsy, has become a drug used steadily for recreational purposes. 11.7 million Americans say they have used Adderall recreationally at some point, and as such, overdoses from Adderall use have been on the rise. Young adults are the most at-risk for Adderall abuse, and there are over 30,000 ER visits related to Adderall overdose every year. Some common symptoms of Adderall overdose include:

Any drug in excess can result in an overdose. However, overdoses most commonly occur when taking:

Treatment of an overdose is determined by what substance was ingested. To treat an opioid or alcohol overdose, one must administer a naltrexone injection. Heroin and prescription opioid overdoses can be reversed if caught on time. A cocaine overdose requires keeping the body cool and lowering the heart rate hence, sedatives can be given to ease an overactive cardiovascular symptom. The same rules apply for both an amphetamine and methamphetamine overdose.

It is important to take preventative measures to avoid an overdose before it can take place. Seeking treatment for an addiction to any substance can mean the difference between life and death. If you or someone you know is struggling with substance abuse, it is imperative to check into a rehab facility and begin treatment immediately to prevent an overdose. There are plenty of treatment centers and therapies available to overcome substance abuse. It is wise to look into inpatient or outpatient facilities depending on the severity of the addiction, in order to regain sobriety and quality of life.

Overdoses don’t look the same every time or with every person. If you notice anything unusual and suspect someone you know has been drinking or using drugs, act quickly. Mild overdose symptoms can quickly progress to more serious and even fatal ones if not treated by a professional immediately.