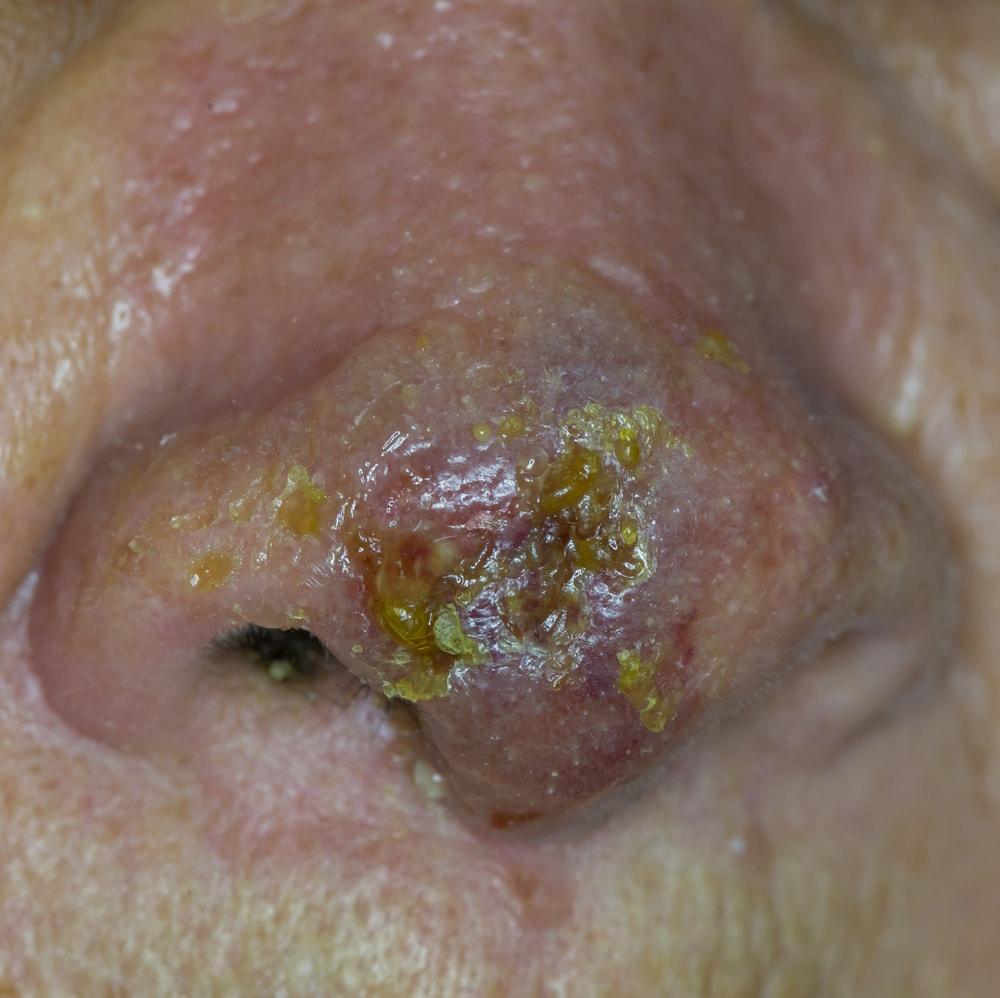 Drug abuse can harm users in many ways. We often think about the long-term psychological damage that addiction can cause, but rarely do we consider the effects that drugs can have on our bodies and appearance.

One particularly nasty consequence that drug users may have to deal with is sores on the face, arms, legs, and other areas of the body. Certain drugs are more likely to cause these sores, and they can happen in a number of ways.

You might know someone who has peculiar sores on their face or body. If this is the case, you should know what drugs can cause these sores, and why they appear. In this article, we will cover everything you need to know about skin issues and drug addicts. Keep reading to find out more.

Drugs That Cause Face Sores

Many drugs can cause sores to appear on the face. The substances that are known to cause facial sores include:

The face is one area that is almost impossible to cover up. Sores on a drug addict’s face may be a key indicator that the person has a problem. Friends and family should pay close attention if someone they love has sores on their face and there is a reason to believe they may be abusing drugs.

Why Do Drug Addicts Get Sores on Their Face?

Why Do Meth Users Have Sores?

Meth users get some of the worst sores of any drug users. Meth affects the skin in more ways than one. Here are some ways that meth can lead to sores on the face and body:

Drug Sores on Legs and Arms

Pretty much any drug that causes skin sores can do so on the legs and arms. In particular, meth, heroin, and crack are most likely to do so. Both crack and meth sores on legs and arms are common.

These drugs can cause users to feel like there are bugs under their skin, leading to sores on arms and legs from incessant scratching.

Heroin causes sores in a different way. Heroin abuse can lead to many issues in the areas where the drug is injected. Legs and arms are the most common places to inject heroin.

Repeated heroin use can cause veins to swell, collapse, and scar. This can result in visible skin issues including scars, sores, discoloring, and deterioration.

Crack cocaine is notorious for leading to skin problems. This mostly occurs in similar ways to meth.

Crack is smoked using a small glass pipe. The pipe can get very hot, leading to burns, mostly in the mouth area.

Crack can also cause formication, or the feeling of bugs crawling under the skin. Just like with meth, this can lead to incessant scratching which may result in nasty scars, wounds, scabs, and sores.

Get Treatment for Drug Abuse

If you are concerned about drug sores, it’s probably time to seek help for your problem. Fortunately, plenty of treatment options exist that can help you get clean and move your life in a new direction.

Skin sores are an unsightly result of drug abuse, but they usually don’t lead to serious medical issues. Still, if your addiction is severe enough that you have skin sores, you need to seek help. All of the drugs mentioned in this article are capable of causing a deadly overdose.

Call Northeast Addictions Treatment Center today to see how you can start your life over again. It’s never too late to begin the path towards recovery.

Alcohol Side Effects | The Effects Of Alcohol Use

Effects Of Heroin On The Body | Short-Term & Long-Term Effects