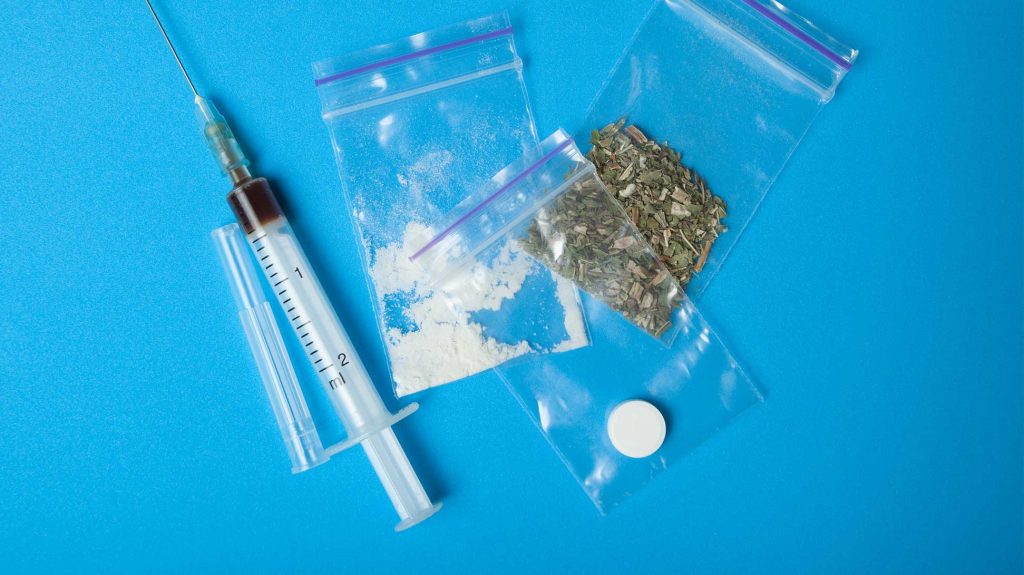 Some substances with a high abuse potential still have medical uses. These substances include:

However, other drugs of abuse are never used medically. The United States Drug Enforcement Administration (DEA) classifies these substances as Schedule I drugs under the Controlled Substances Act (CSA). Here are ten.

Heroin is a semi-synthetic opioid analgesic (painkiller) made from morphine (a natural opioid found in the opium poppy plant). It appears as a white or brown powder or a black goo. It’s usually injected, snorted, or smoked.

No matter how it’s used, heroin causes a rush of relaxation and euphoria (intense joy). It can also cause physical dependence, which means your body can’t function normally without the drug.

Heroin is the only opioid without accepted medical use. The DEA categorizes other opioids into other drug schedules.

Khat is a plant native to East Africa and southern Arabia. Its main psychoactive ingredients are cathine and cathinone. When eaten or smoked, khat causes stimulant effects such as increased alertness and euphoria.

The drug can also have more serious effects, including:

The drugs likely resemble a white or brown powder. They can have serious effects, including:

These drugs are highly addictive and have no approved use in medicine.

GHB (gamma-hydroxybutyric acid) is a central nervous system (CNS) depressant. That means it slows down brain activity. It typically appears as a white powder or clear liquid.

Potential effects of GHB include:

The drug can also cause physical dependence and addiction.

As a hallucinogen, LSD (lysergic acid diethylamide) changes your perceptions, mood, and thinking. It’s a clear or white material made from lysergic acid, a substance found in a fungus that grows on grains.

Like most hallucinogens, LSD has a low potential for addiction. However, it can have other serious effects, including:

Like LSD, psilocybin is a hallucinogen that alters your perceptions. It’s found in mushrooms that are often called “magic mushrooms” or “shrooms.” These mushrooms are either eaten by themselves or added to other foods or drinks.

Potential effects of psilocybin include:

Although psilocybin and other hallucinogens have been studied for their therapeutic effects, they have no approved medical use as of 2021.

Peyote is a small cactus with disc-shaped “buttons.” Its main ingredient is mescaline, a hallucinogen.

When you chew the cactus’s buttons or brew them in tea, you’ll experience hallucinations and other changes in perceptions. The drug can also cause:

MDMA (3,4-methylenedioxymethamphetamine) is a synthetic drug that has both stimulant effects (such as increased energy) and hallucinogenic effects (such as hallucinations). It’s available as a pill or powder.

Often called “ecstasy” or “molly,” MDMA is popular at parties and nightclubs. Researchers haven’t determined whether the drug is addictive. However, it can cause serious health problems, including:

Methaqualone (also called Quaalude) is a central nervous system depressant. It acts as both a sedative (which means it decreases anxiety) and a hypnotic (which means it promotes sleep).

Starting in the 1960s, health care professionals used methaqualone to treat anxiety and insomnia. However, due to its high potential for abuse, it became illegal in the 1980s.

The drug continues to be abused today. It poses a high risk of addiction and overdose.

Many states have started legalizing marijuana (also called cannabis) for medical and recreational use. However, synthetic marijuana is still illegal. This human-made substance acts similarly to marijuana, although it doesn’t contain THC (marijuana’s main psychoactive ingredient).

Like actual marijuana, synthetic marijuana can be smoked or vaped. It was created as an alternative to marijuana that is less likely to be detected on drug tests conducted by law enforcement. Some people also think it’s safer than marijuana.

However, it poses a number of health risks, including:

If you struggle with illegal or prescription drug use, please reach out to us today. Our treatment center offers therapy, and other evidence-based, recovery-focused services.