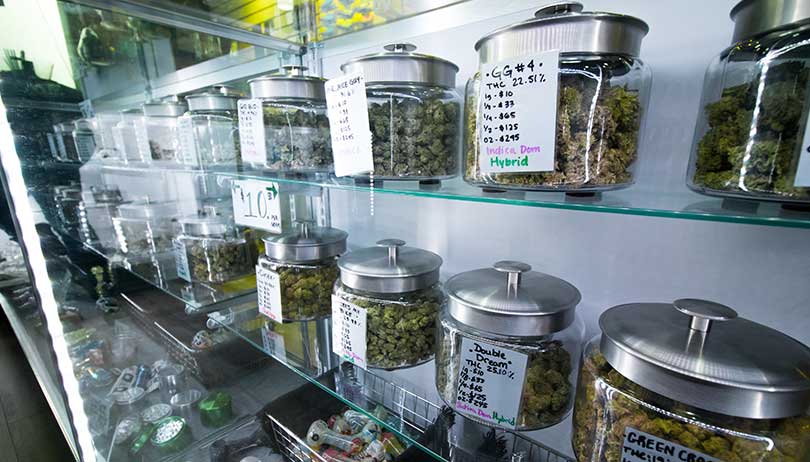 For many, the War on Drugs and zero-tolerance marijuana policies are a recent memory. And yet, since California first legalized medical marijuana in 1996, cannabis has seen a remarkable evolution in both legal status and public opinion.

Where Things Stand On The Federal Level

In 2022, the full legalization of cannabis (both medical and recreational) enjoys widespread public support, with a majority of Americans (including Democrats, Independents, and Republicans) falling firmly on the side of decriminalization.

And, already more than a third of Americans live in areas where some use of marijuana has been permitted by their state government.

Nevertheless, cannabis (including both THC and CBD products derived from cannabis) remains a schedule I controlled substance on the federal level.

This means that the Drug Enforcement Administration (DEA) and the Food and Drug Administration (FDA) technically consider it to have no medical value, and that any possession or use of cannabis can be considered a federal crime.

A crime that more than six million Americans were arrested for in the past 10 years alone.

Given this tension, and the Biden administration’s professed support of legalization, it seems inevitable that Federal law will eventually be amended, opening the door to full legalization of marijuana on federal level. But when this eventually occurs, what will the actual effects be?

There’s a common misconception that when federal legalization is passed, marijuana will automatically become a legal substance across the nation.

In fact, legalization would simply prompt the federal government to remove marijuana from the controlled substances schedule, allowing state legislatures to regulate marijuana sales as they see fit.

This would be similar to the current practice where state legalization is tolerated by federal authorities, assuming that states regulate the marijuana industry effectively.

This also means that legal cannabis use would continue to be limited to adults and not minors, that driving under the influence of cannabis would be a crime, and that cannabis sales and profits would be subject to federal and state tax laws.

But, as mundane as this seems, the advent of federal legalization would most likely give the cannabis industry a strong moral boost, increasing its acceptance by the public to an even greater degree and accelerating the rate of state-by-state legalization efforts.

Another 13 states and the U.S. Virgin Islands have decriminalized recreational use of cannabis, while medical use is currently legal with a doctor’s recommendation in 37 states and Washington D.C.

Proponents of Federal legalization are quick to point out a wide variety of beneficial effects that it might bring, including:

While numerous activists and many lawmakers are actively pursuing legalization, some experts urge caution while others actively discourage federal legalization for some surprising reasons:

There is also a perceived risk of worsening cannabis use disorder or mariujana addiction. Research suggests that one-in-ten adults who use marijuana develop addiction, and with increasing potency and availability, we could see higher rates of dependence and addiction.

If you or a loved one live with marijuana addiction and need help, please contact us today.

Vox — Federal marijuana legalization is stopped in its tracks