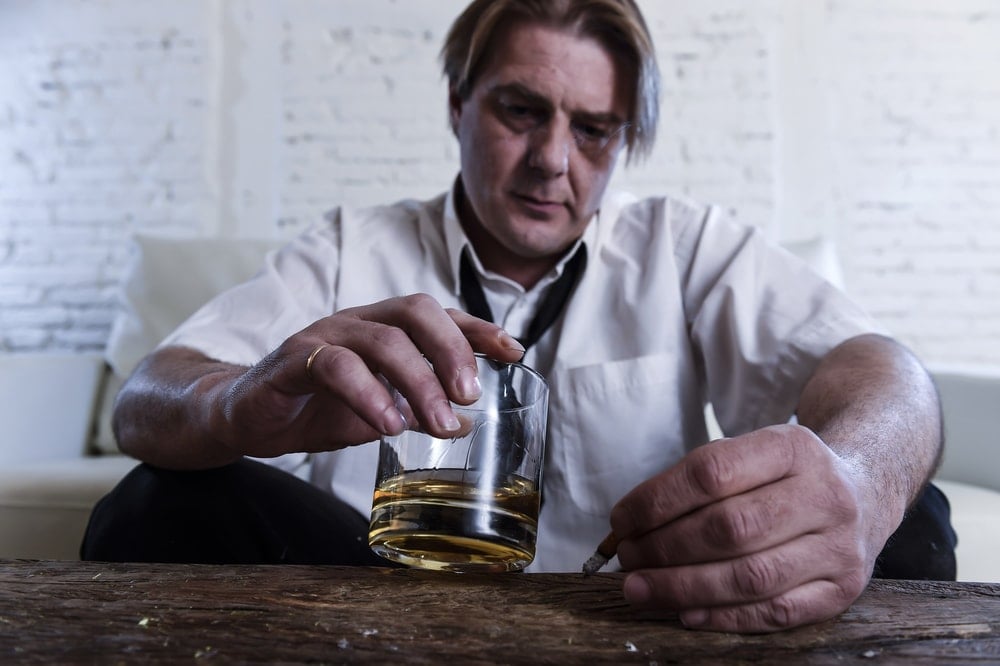 What is a Functioning Alcoholic?

Alcoholics are notorious for being sloppy and unable to function properly while drinking. Functioning alcoholics, however, are entirely different. In fact, it can be difficult to identify whether or not they truly are alcoholics because they can still function and perform daily tasks while drinking.

When a person pictures an alcoholic, the image of a person with financial struggles, poor health and broken relationships comes to mind. Many people think that they can spot an alcoholic by just observing the way that they walk, talk or even smell. While those characteristics surely define one segment of alcoholics, several do not fit that stereotype.

Around a fifth of individuals suffering from alcohol use disorder buck the stereotype of an alcoholic. For many people who drink, it can sometimes be difficult to identity whether the line between moderate to problematic drinking has been crossed. Functioning alcoholics, for example, are able to carry on drinking excessively while still managing to perform everyday tasks. This makes it confusing to others and even themselves whether or not they really have a drinking problem.

While the typical alcoholic may look like a destitute person who stumbles in and out of work, the life of a functioning alcoholic looks quite different. To observers, they could see a middle aged, educated person that is married with children.

Instead of living a lonely life, the functioning alcoholic may love going to the gym, having friends over and even helping their children with their homework.

After all of those activities, a functioning alcoholic may end their day by drinking a bottle or more of wine. Though alarming, family members may not take this behavior to be a red flag because the person is not having trouble fulfilling work or family obligations.

For some functioning alcoholics, daily drinking may not be the issue. Several engage in intense periods of binge drinking every couple of days.

Signs of a Functioning Alcoholic

There is a lot of truth in the notion that other people may never know what is truly going on in the life of another person. Just because a person appears to have their life in order, on the surface, does not mean that they do not have a problem with alcohol abuse.

The major risk of suffering from alcohol use disorder is the very real probability that a tolerance to alcohol will develop. As a person’s tolerance continues to grow, they will have to drink more each time in order to become drunk.

Functioning alcoholics are at high risk for liver disease and heart problems because excess alcohol (that cannot be metabolized), seeps into the bloodstream. The heart then moves that blood throughout the body and causes damage to other organs as the alcohol abuser continues to drink.

Living with an Alcoholic

Being around someone who is categorized as an alcoholic can be challenging. Extreme mood swings run rampant. They can transition from being affectionate to overly aggressive, even abusive rather quickly, and it is difficult to pinpoint what triggers them.

Many people have heard victims of alcoholic abuse state that when their spouse or parent is sober, they are nice and that aggressive outbursts are not a true reflection of their character. Although, what many people who live with an alcoholic fail to realize early on is that as their spouse or parent falls deeper into their addiction, it becomes their responsibility to pick up the slack. This can cause feelings of extreme depression and unease as every single day presents new challenges.

Living with an Alcoholic Husband

One of the hardest things to do is to live with an alcoholic spouse. You love them and feel a certain loyalty to that person, but their erratic behavior leaves you questioning whether you ever knew them at all. For individuals who live with an alcoholic husband, a constant emotion that is felt is fear for their safety, their future and their family unit.

Husbands who know that they have a drinking problem may repeatedly attempt to stop drinking on their own, without the help of a professional detox and rehabilitation program. However without professional help, they are at a higher risk for relapse. If a husband does relapse and continues with their destructive behavior, a spouse may feel like they have been lied to. A spouse may even take their husband’s inability to stop drinking as a reflection of their marriage. The spouse may blame themselves for the situation and take it personally.

People who are married to someone struggling with alcohol use disorder may also be in denial about the problem all together. Every person wants to believe the best about their spouse and in doing so, may decide that it is best to hide evidence of a problem.  A spouse may want their friends and visiting relatives not to question why their husband is acting erratically, which creates a string of excuses.

Domestic violence due to alcohol abuse is a major problem that has only become worse over the years. Due to a loss of inhibitions, a husband under the influence can lose a sense of regard for his spouse and act on impulse. Emotions run a lot more extreme when a husband is under the influence and even the slightest snarky comment could be what sets him off. Making sure to call the police if a dispute does occur could mean the difference between life and death.

Living with an Alcoholic Wife

For spouses that have wives who suffer from alcohol abuse, extreme mood swings are commonplace. As with a husband that drinks in excess, a wife can go from being loving and affectionate to becoming abrasive and belligerent.

When you’re married to someone with an alcohol problem it is possible that your relationship will come second to their relationship with alcohol. Statistically speaking, women are more vulnerable and become addicted more quickly to alcohol. If they ever decide to enter a rehabilitation or treatment program, their addictions tend to be more severe.

One thing that often occurs is that a spouse will displace the frustrations they feel towards their wife into other areas of their life. For example, if they already hate where they work, the stresses from home may cause for more aggressive behavior in the workplace. Many spouses may also begin to neglect their own health and needs in order to help their spouse. The neglect of a person’s own well being will eventually lead to both physical and mental problems.

Though not as heavily discussed, domestic violence where a woman is the aggressor is also a major risk that occurs when a spouse tries to confront the abuser about their problem. While a husband may be able to overpower his wife, any kind of domestic violence should be reported to the police right away.

Living with an Alcoholic Parent

An incredibly hard thing for any child to deal with is the realization that their mother or father may be an alcoholic. For children, many of them see their parents as superheroes that can conquer anything. However, as children grow up and begin to comprehend the fact that their superhero may have a weakness, it becomes hard to reconcile the expectation from reality.

While it may be hard for a young child to speak out against their mother or father, for teenagers, being active and reaching out to a friend, teacher or counselor can help you get out of a potentially life threatening situation.

Staying safe is the top priority for any child with an alcoholic parent. Because the emotions and actions of an alcoholic can not be predetermined, going to a trusted friend or family member the first time things get out of hand is important. Telling them exactly what is going on might prompt them to help figure out potential solutions to the problem.

Helping an Alcoholic Loved One

Witnessing a family member, friend or coworker abuse alcohol can be very difficult. As previously mentioned, a person with an alcohol use disorder has both a physical and psychological dependence to alcohol.

The addict will continue drinking even when it causes negative consequences like the loss of a job or estrangement from family members. Many people with alcohol use disorder know that drinking is negatively affecting their lives, but the realization is not enough to make them stop.

A person with true alcohol use disorder drinks so much that chemical changes in the brain occur. As they continue to drink, it increases feelings of pleasure and although your body is being harmed, the mind continues craving more alcohol. Eventually the feelings of pleasure dissipate and the person will continue drinking purely to avoid symptoms of withdrawal.

Once you have educated yourself on alcohol use disorder and feel confident that your loved one suffers from it, approaching them from a place of compassion and concern is of the utmost importance. An intervention is a process that involves planning, sharing thoughts with the addict and presenting treatment options. It is important to research and learn how to properly hold an intervention as this is an important conversation for everyone participating. Seeking out a professional therapist that can help conduct the intervention will help things run smoothly. The professional can help the addict find programs in their area and explain the treatment options in greater depth.

Ultimately, an alcohol intervention refers to the methodical and organized attempt made by the family and friends of an addict to point out the destructive and dysfunctional aspects of the addict’s behavior when drinking, and convince them to seek help and check into treatment.

Making sure that the addict never feels attacked and completely safe will help the intervention run much smoother. When discussing treatment centers with your loved one it is important to let them know that you will be there for them to offer your love, encouragement and support every step of the way.

An intervention is a powerful first step to getting an alcoholic back on track and working toward a happier, healthier life.