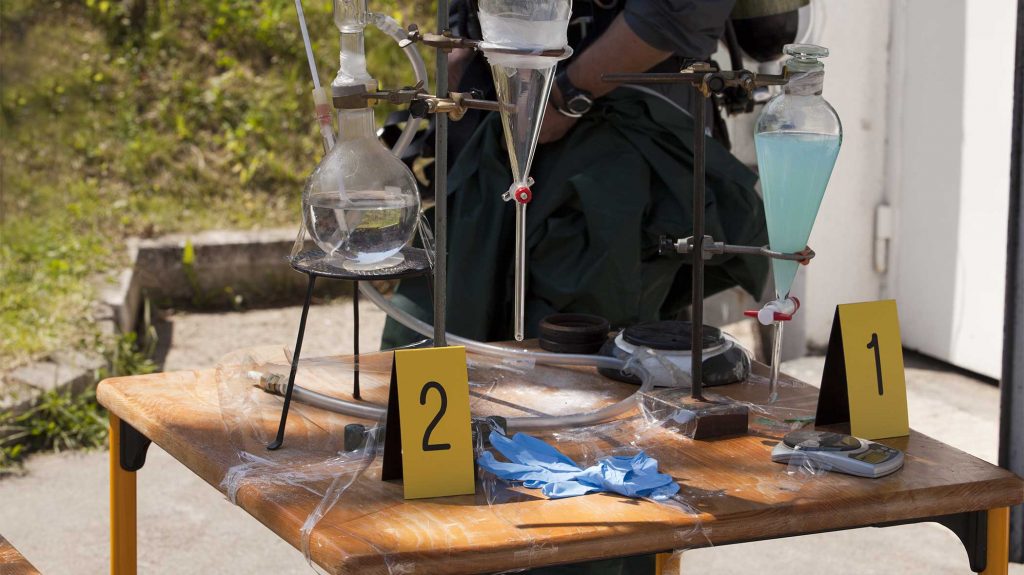 While Massachusetts has been hit hard by the opioid crisis, many residents have also started struggling with a non-opioid drug: methamphetamine.

The Growing Meth Problem In Massachusetts

In the past, meth rarely appeared in Massachusetts. It was most popular among specific groups, including high school and college students, the gay community, and people who frequented all-night dance parties (also called “raves”).

Since then, meth use has become much more widespread.

Over the last ten years, methamphetamine seizures by Massachusetts law enforcement officials have increased between 1,700% and 2,900%. Researchers have identified several factors that may have contributed to this increase:

Meth has become increasingly cheaper in Massachusetts and the rest of New England.

Thus, some residents who are addicted to other drugs have switched to meth to save money. They may also mix meth with other drugs to achieve a more intense high or to offset the effects of “downer” drugs, such as heroin.

In addition, since the price of meth has dropped, many people without homes have started using the drug to stay awake all night so they can defend themselves against robbery and assault.

Most meth in the United States comes from Mexico. For many years, Mexican drug trafficking organizations made meth using a chemical called ephedrine. In most cases, they only brought the drug to the western United States. In 2009, the Mexican government outlawed ephedrine in an effort to reduce meth trafficking.

Unfortunately, this attempt backfired. Traffickers replaced ephedrine with a variety of other industrial chemicals, such as acetone, ammonia, and lithium.

Since these chemicals are easily accessible, traffickers have started producing much larger quantities of meth and bringing them anywhere in the United States, including Massachusetts.

As people learn about the dangers of opioids, especially fentanyl, they often see meth as a safer alternative. It’s true that fentanyl poses a higher risk of fatal overdose than meth. However, meth comes with plenty of its own health risks, including:

Despite these risks, many Massachusetts residents who struggle with meth never seek help.

This might be because meth addiction is highly stigmatized, which can prevent people from admitting they have it and seeking help.

Signs Of Meth Use

If you suspect that someone you love is using meth, look for these signs:

You may also find meth paraphernalia (items associated with meth use) in the person’s home or vehicle. These items may include:

If you or a loved one struggles with meth, it’s important to seek treatment as soon as possible.

Whether inpatient or outpatient, the most common treatment services for meth abuse and addiction include:

You might also need treatment for any underlying mental health conditions (such as depression or anxiety) that contributed to your methamphetamine use. This treatment may include therapy, support groups, and, in some cases, medication.

If you or someone you love struggles with meth, please contact Northeast Addictions Treatment Center. Our substance abuse and addiction treatment programs offer personalized, comprehensive care to help you lead a healthy, meth-free life.

National Institute on Drug Abuse — What treatments are effective for people who misuse methamphetamine?

National Public Radio — Seizures Of Methamphetamine Are Surging In The U.S.