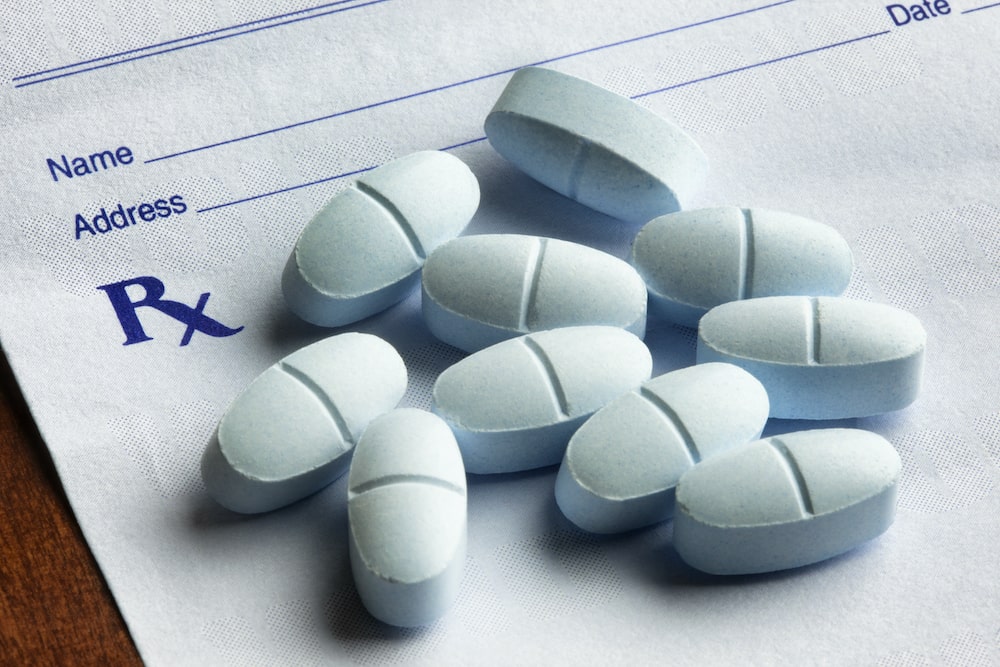 Opiates are, traditionally, substances derived from the opium poppy plant or opium. It is technically natural, which can “trick” some people into thinking they are safer than other types of drugs taken recreationally. Opiates have been extracted from opium in some cultures, particularly China, for thousands of years. Opium plants have natural pain-killing chemical compounds such as morphine and codeine. However, most opiates used today are synthetic or semi-synthetic (manmade) and are not derived from the opium plant. These manmade drugs are called opioids.

Opioids are made in labs and can be semi-synthetic or fully synthetic. Most opioids prescribed today are fully synthetic and are based on highly addictive chemical ingredients such as fentanyl, levorphanol, dextropropoxyphene, tramadol, and methadone. You may have heard of or seen some of these key ingredients in prescription pills. Opioids are often considerView Articleed more addictive and dangerous than opiates because of the synthetic materials used. However, both opiates and opioids can be dangerous.

How do Opioids and Opiates Work in
the Body?

In the body, opioids work very similarly to opiates. They both bind to the same bodily receptors. These receptors determine how pain messages are sent between the brain and body. No “painkiller” or pain management drug actually stops the pain. They simply stop the brain from recognizing full pain signals. The most common types of fully synthetic opioids are methadone and fentanyl—fentanyl is by far the most dangerous and addictive of an opioid/opiate drug, and is unfortunately commonly prescribed for pain. The most common types of semi-synthetic opioids are oxycodone and hydrocodone.

Whether synthetic or semi-synthetic, opioids are very effective at pain management. However, since they also pose a high risk for abuse and dependency, prescription opioids are governed by the Controlled Substances Act (CSA). Still, that has not stopped some doctors from over-prescribing these drugs. That is often the first step in someone getting addicted and finding other resources for their addiction.

Genuine opiates are natural and are found in the opium poppy plant. As such, the opiate list of drugs is minimal and includes:

Many people have been prescribed codeine and morphine at some point in their life, usually for short-term pain management.

Codeine is actually derived from morphine. Many people have been prescribed codeine in their lifetime. Its name is derived from the Greek word for “poppy head.” Like all opiates and opioids, it is considered a narcotic and is often prescribed for mild to moderate pain. It also has a sleep-inducing effect. Codeine is taken as an oral drug, although addicts may crush and snort codeine for a faster and stronger high.

Papaverine and thebaineare types of opiate alkaline. They are poisonous if taken by themselves and are rarely prescribed. However, semi-synthetic opioids are derived from thebaine. Thebaines are a necessary ingredient for both oxycodone and hydrocodone.

Hydrocodone is most commonly prescribed under the name Vicodin. It is used to treat mild to severe pain and is weaker than morphine. Many people have been prescribed hydrocodone when recovering from minor surgeries, such as a tooth extraction.

Oxycodone is often branded as Oxycontin, which is a type of oxycodone drug that slowly releases the oxycodone into the body. It’s one of the most popular opioid street drugs. Those who become dependent on opioids usually prefer a non-Oxycontin brand in order to get the fastest and strongest high possible. Other commonly prescribed types of oxycodone include Percocet and Percodan.

Hydromorphone, like morphine, can be taken orally or injected. Orally, there is also a slow-release option. It is the second most dangerous and addictive opioid or opiate available. Hydromorphone is chemically very similar to morphine but is, of course, manmade.

Fentanyl has been called the deadliest drug in America by the Centers for Disease Control and Prevention (CDC). It was attributed to 28.8 percent of drug-related deaths in 2016, compared to heroin at 25.1 percent. For further comparison, cocaine was responsible for 17.8 percent of deaths and methamphetamines were responsible for 10.6 percent. Other opiates and opioids also made the list with oxycodone accounting for 9.7 percent, morphine at 7.9 percent, and hydrocodone at 5 percent.

For three years, from 2012 – 2015, heroin was the number one killer in drug-related overdoses. Fentanyl is between 80 – 100 times stronger than morphine and was initially created for pain management for cancer patients. Originally, it was meant to be used as a patch to slowly release the drug into the body. Unfortunately, now it is best known for being the deadliest prescription drug and being over-prescribed to patients.

Today, Fentanyl is available as an oral drug, but many addicts inject it. There have been many cases where Fentanyl was added to heroin or sold as heroin. Those who thought they were buying heroin didn’t know what they were actually buying. Addiction treatment for heroin is available for those who are looking to change their lives since fentanyl took over.

As a street drug, Fentanyl is known by a number of names including “China White” and “China Girl.”

One of the most common signs of addiction is building up a tolerance and needing more to feel “normal” or to attain the same degree of pain management. Hoarding pills, going to several pain clinics to get more, getting them from friends or buying them illegally are overt signs of dependency.

In many cases, opiate and opioid addicts were not previously recreational drug users. Many addicts were legally prescribed these drugs by their doctors for genuine pain. Given the highly-addictive nature of the drugs, anyone can become an addict—but may not realize it at first.

Those who start their addiction by taking drugs as prescribed can find themselves in a gray area when addiction begins. Addicts can have many excuses, such as thinking their opioid isn’t that bad because it’s not fentanyl. Those who were prescribed opiates or opioids for chronic pain might not think they’re addicted because they are taking the drugs as a doctor prescribed. When it comes to getting help with opiate and opioid addiction, there are a few options available but it starts with recognizing dependency.

It does not take long for a person to become dependent on opiates or opioids, particularly Fentanyl. These drugs create a temporary feeling of euphoria because they release endorphins into the body. Taking opioids even as prescribed for a few days increases a person’s risk for addiction.

However, some people are at an even higher risk of developing dependency on opioids. Those with a family history of substance abuse, living in poverty, are unemployed, are heavy smokers, and/or are regularly in contact with “high risk” people such as drug users are also at higher risk and should be especially careful when taking prescribed opiates and opioids. Unless it’s for end of life care, a person should never take opioids or opiates longer than five to seven consecutive days.

Symptoms of opiate and opioid withdrawal can be intense, painful, and even life threatening. Addicts are advised to only go into withdrawal in a medical setting, such as a rehabilitation clinic, where their health can be monitored.

Common and milder symptoms of opiate and opioid withdrawal can include anxiety, nausea and vomiting, and muscle cramps (particularly in the stomach). Milder cases of dependency usually aren’t life-threatening, but can be uncomfortable enough to make a person turn back to opiates and opioids.

More severe withdrawal symptoms can include sweating, diarrhea, insomnia, tremors, and an increased heart rate. These symptoms can be life-threatening.

Drug abuse is a disease that affects the mind, body, and spirit. As a result, effective treatment must involve specially trained professionals. First, people who are addicted to any type of drug need help to get through the withdrawals safely. Good medical support can make withdrawal faster and less painful while reducing the medical risks.

In addition, people who are quitting opiates or opioids may need psychological support. This drug prevents users from feeling depression, anxiety, and other negative emotions. When they withdraw, they may need to confront months or years of unpleasant feelings as well as any underlying mental illnesses that they might have been attempting to suppress. This is a difficult process that requires specialized counseling.

Most drug treatment programs include group therapy and other group experiences. It is important for a person dealing with an addiction to meet other people who are going through the same struggle so as not to feel alone in their battle. They can learn more about how to navigate the pitfalls of leading a newly sober life in a controlled setting led by a trained psychotherapist, supporting one another as they progress.

A good treatment program will also offer services for your entire family. Addiction can affect everyone in a person’s inner circle, leading to a wide range of hurt and negative feelings. Healing any relationships affected by the addiction is one of the most important things an addict can do to ensure their future success.

Although addiction treatment can be difficult and intensive, it is necessary in order to successfully heal.

Rehabilitation clinics are one of the most effective solutions to ending your addiction. There are inpatient and outpatient options available. Contacting an addiction specialist or speaking to your doctor for guidance on what the best course of action is for you or your loved one is the best way to get started. They will help guide you in finding an appropriate rehab facility that will work best for you.

Lifestyle changes may also need to happen. For instance, if a person shares a home with a fellow drug-user (including someone taking opioids or opiates as prescribed), they may need to change their living situation. Chronic pain sufferers will also need to find a healthier way to manage their pain, perhaps working with an alternative healthcare provider.

If you or someone you know is struggling with opiate or opioid addiction, it is important to seek help as soon as possible. There is no reason to suffer alone and lose hope. Help is readily available when you are. Take back your health and start living a life free of the bonds of your addiction.