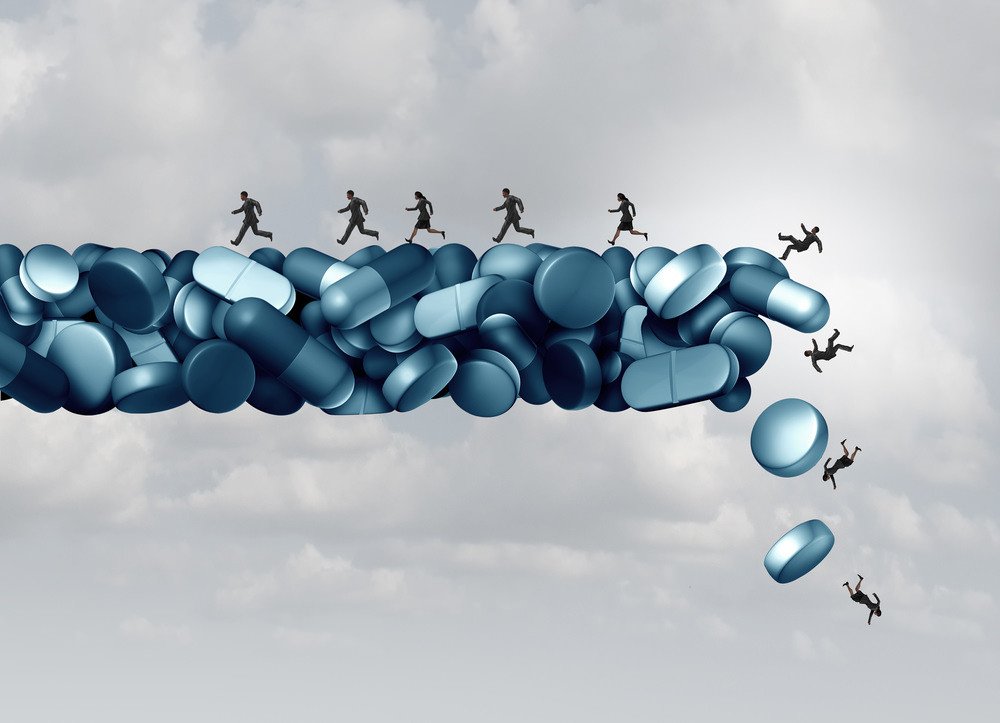 The Department of Health and Human Services (HHS) declared opioid abuse a public health emergency in 2017. Opioids have overtaken heroin as the deadliest drug related to overdoses. This is a result of “big pharma” companies pushing opioids and opiates in the 1990s as a safe and effective drug for pain management. Although opioids can be an effective drug for treating pain in short-term situations (e.g., post-op pain management), they are highly addictive and up to 100 times more powerful than morphine. Opioids are especially addictive and dangerous to those with a personal and/or family history of drug abuse.

What is the Opioid Epidemic?

The ease with which doctors handed out prescriptions for opioids kick-started the current opioid epidemic. Many patients began using opioids recreationally, accessing them by “pain clinic hopping” and failing to tell various doctors about current and past prescriptions. Others just purchased opioids off the streets. Although the HHS released a “5-Point Strategy to Combat the Opioid Crisis” in 2017, widespread abuse continues. Many former heroin users have also switched to opioids to achieve a stronger and quicker high (particularly when snorted).

The National Survey on Drug Use and Health estimates that about 130 people die every day from an overdose related to opioids. In addition to the spike in opioid abuse, overdoses, and death, there has also been an increase in babies being born addicted to opioids. Just like adults, these newborns undergo dangerous and painful withdrawal symptoms. Every year, about 42,000 people die from opioid overdoses. Currently, about 40 percent of all opioid-related deaths have been connected to prescription opioids. This is by far the highest on record and indicative that opioids are still being over-prescribed and poorly managed by some doctors.

The term “opioid” is often an umbrella term for opioids (partially man-made drugs), opiates (derived from the poppy plant), fentanyl (the most dangerous of opioids), and sometimes even heroin and morphine. All of these drugs share a common ingredient base. Even morphine and heroin are derived from opiates. However, there are important differences between all of these types of drugs.

By far, fentanyl is the drug that is most linked to overdoses and deaths. However, all opioids/opiates are dangerous when taken recreationally, in large amounts, over long periods of time.

The opioid epidemic doesn’t only affect the user. According to the Centers for Disease Control and Prevention (CDC), opioid abuse accounts for a $75.8 billion per year “economic burden.” This is made up of healthcare costs, treatment for addiction, involvement of the criminal justice system in matters related to opioid abuse, and a loss of productivity. After all, someone who is highly addicted to any drug—including opioids—isn’t usually a productive member of society. These drugs offer both a high and have a depressant effect. Some people abuse them specifically for their powerful sleep-inducing properties.

The numbers make it clear just how dangerous opioid abuse has become. The National Institute on Drug Abuse estimates that up to 29 percent of people prescribed opioids end up misusing or abusing them. Of those patients, up to 12% develop what is called an “opioid use disorder.” Furthermore, out of these patients up to 6% also start using heroin.

Heroin is dangerous in an additional way. Many addicts inject heroin, which exposes them to blood-based diseases including hepatitis C, HIV, and AIDS. Currently, around 80 percent of people who start using heroin started with prescription opioids. Sometimes heroin is easier to get on the street, and other times users think it offers a faster high thanks to the injection process.

Between the summer of 2016 and 2017, opioid overdoses rose about 30% in 52 key areas located in 45 states. Opioid abuse varies state to state, and even county to county. Opioid abuse is especially prevalent in the south and northeastern areas. In the Midwest, opioid overdoses rose 70% during this time period. Large cities are home to an especially high amount of opioid abuse, with overdoses rising 54% in metro areas in 16 states. However, it is a mistake to assume that metros are the only areas where opioid abuse is rampant. There are some rural areas that lead the opioid epidemic on a per capita basis. Poverty is one of the biggest factors when considering the opioid epidemic by state, and there are some smaller towns with especially high poverty rates.

Some individual states are also trying to tackle the epidemic. In order to stop and prevent overdoses, access to drugs dubbed “Lazarus drugs” is being increased in some areas.

One of the most well-known of these drugs is called Narcon. It is carried by many first responders, such as EMTs and police, but oftentimes these drugs arrive too late. Increasingly, friends and family members of opioid and heroin addicts are carrying this life-saving drug. It can “bring a person back to life” after overdosing from opioids, if applied within a certain timeframe. These drugs are easy to use and relatively safe. However, they aren’t always readily available or affordable. That’s why some states are making strides in increasing access to them.

Knowing where your state stands when it comes to the opioid epidemic is paramount to understanding the risk factors for you and your loved ones.

The following is a breakdown of the opioid epidemic by state:

New Hampshire holds the unfortunate title of second most common state for an opioid overdose and/or related death. Last year, there were 35.8 opioid deaths per 100,000 people and around 66.6 per 100 people have been prescribed an opioid.

Ohio ranks third in opioid abuse with 32.9 people per 100,000 dying of an opioid-related overdose. Plus, around 85.8 adults out of 100 have been prescribed some type of opioid.

In Maryland, 30 people per 100,000 have died of an opioid overdose while 65.6% of people have been prescribed an opioid. These figures are nearly identical to those related to the opioid epidemic in Washington DC.

Massachusetts is where 29.7 out of every 100,000 people have overdosed and died of opioid usage. Almost 60% of adults in Massachusetts have been prescribed an opioid.

Rhode Island comes in fifth with 26.6 people per 100,000 dying of an opioid overdose. With 69.4% of people being prescribed an opioid in this state, these figures are unfortunately not a surprise.

The state with the lowest opioid-related deaths and prescriptions is Nebraska. However, even within states, some counties have higher per capita opioid overdoses and prescriptions than others. Knowing where your state stands within the opioid epidemic is just one tool you can use to gauge risk factors for you, your family, and friends.

There are also states that rank the highest when it comes to increases in opioid-related deaths per year. Within this realm, Delaware, Florida, Georgia, Illinois, and Indiana are the top five. As you can see, these are entirely different states than those who currently have the most opioid-related deaths. There is a very good chance the ranks will shift over time—for better or worse.

Whether or not you live in a state or region with a large number of opioid deaths and prescriptions, there are things you can do to prevent your own addiction to opioids and potentially help others.

If you’re taking an opioid every day for life, even if your doctor prescribed it, you have phenomenally increased your odds of an opioid addiction and overdose.

Being able to identify the signs of opioid abuse is also important, both in yourself and in others. For instance, if you notice that someone is taking more opioids, they are likely chasing a high, building a tolerance, and require more of the drug to reach the desired effect.

If someone is buying opioids illegally or going to numerous clinics for multiple prescriptions, that is a clear sign of opioid abuse. People might overspend on their habit, wiping out bank accounts or selling items in order to feed their addiction.

Since many opioid users do so legally and under the care of a doctor, it can be difficult to tell when opioid use becomes abuse. Remember that opioids should only be used for very short-term pain management. Any continuous usage over two weeks may be an early sign of addiction.

If you or someone you know abuses or is addicted to opioids, it is of the utmost importance to get professional help right away. Opioid dependence is a serious condition and withdrawal symptoms from stopping use can be fatal if not managed. It is important to check into a qualified rehab facility to begin detox and treatment. Recovery is possible and an overdose can be prevented if you act fast. Don’t wait, get help today.