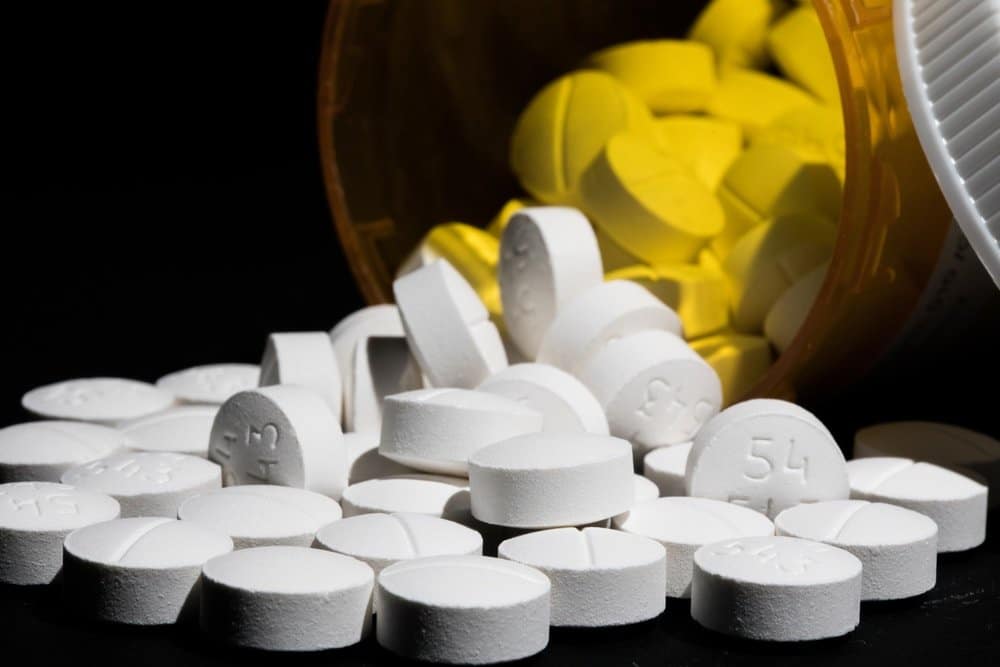 One of the factors that is making the opioid epidemic so difficult to get under control is the wide range of drugs being abused by addicts.

From synthetic opioids to illicit drugs like heroin that are derived from the poppy plant, to a wide range of prescription painkillers, opioid addicts can easily replace their drug of choice with another based on what is available to them.

Percocet is one of a long list of opiate painkillers that is commonly abused by opioid addicts. Users might take this drug without even knowing what it is. Even though Percocet’s effects only last for a handful of hours, it stays in your system longer than you might think.

How Long Does Percocet Stay in Your Body?

Percocet’s body and brain effects can be felt within 30 minutes of taking the drug, and they begin to wear off just hours later. But the drug remains detectable by lab tests for a long time afterward.

When it comes to a drug’s detection time on tests, two things must be considered:

Let’s first take a look at the different kinds of drug tests you may encounter:

How Long Does Percocet Stay in Your Urine?

If you only remember the detection time frame for one type of drug test, it should be urine. Urine testing is, by far, the most common and widespread type of drug screening. Why? These tests are:

When it comes to Percocet, its main active ingredient – oxycodone – can be found in urine for three to four days after the last time taken. If you are being subjected to drug tests at work, it is very likely to be a urine test. Still, you can’t ensure that this will be the case, and other tests have much longer detection windows.

How Long Does Percocet Stay in Your Hair?

When it comes to drug testing, hair tests tend to make it quite difficult for addicts and other illicit drug users to ‘beat the system’. Hair tests are conducted by plucking a hair from somewhere on the body or head.

The follicle (where the hair enters the skin) is the part that is actually used for sampling, so snipping a hair won’t work. Hair follicles tend to hold trace amounts used substances for far longer than other tests. In the case of Percocet, the drug is detectable by hair tests for up to 90 days after the last use.

Despite being able to detect drugs for a long time, hair tests aren’t very common. They tend to be more inaccurate than other forms of testing, and they are more invasive (than urine or saliva tests). They also cost more.

Still, hair tests are not unheard of, even in work settings – so don’t rule one out.

How Long Does Percocet Stay in Your Blood?

Blood testing is the most accurate form of drug screening. With a half-life of around 3.5 hours, Percocet remains in the blood in trace amounts for a duration of about 24 hours after the last dose. Because of the accuracy of blood tests, they are most commonly used in legal and law enforcement contexts.

Most people will perceive blood tests to be the most invasive form of testing. This, combined with a high cost and short detection window make them relatively uncommon despite their high accuracy.

How Long Does Percocet Stay in Your Saliva?

Saliva tests only require a cotton swab from the inside of the cheek. They are the only type of test that is practical to administer in public places, such as on the roadside during a traffic stop. Percocet tends to show up on saliva tests for one to four days after the last dosage.

Although saliva tests are non-invasive and have a similar detection window to urine tests, they are less common in most settings. This is mostly due to them being more expensive, but it is also partly because they are less accurate.

Factors That Affect How Long Percocet Will Stay in Your System

A number of factors can affect how long Percocet sticks around in the body. These may include:

Older people tend to have a harder time clearing drugs such as Percocet from their body. In fact, the drugs main ingredient, oxycodone, has been shown to produce higher concentrations in elderly people than in young adults.

Percocet’s time in the body can change based on gender. Hormones and other gender-related factors can play a role in how long it lasts in the system. The reasons for this are not entirely clear, but in general, females take longer to clear the drug from their system than males.

Healthy liver and kidneys are critical for the efficient processing of Percocet. Anyone suffering from issues in these organs might have more difficulty processing the drug. Oxycodone’s half-life has been shown to increase by more than two hours in people with liver dysfunction.

Bodyweight and metabolism can affect drug processing times. Generally, people with more body fat take longer to move drugs through their bodies. The same goes for people with slow metabolisms.

Science continues to shed light on the connection between the body and brain. Mental conditions such as anxiety and depression can slow down the body’s detox process. These conditions are quite common in opioid users.

If you take Percocet with a high frequency of use, it will build up in your system. Fat cells are capable of storing molecules of Percocet and they will begin releasing them when you start detoxing, adding time to this process.

In addition, if you have been abusing other drugs and/or alcohol, this can make the process of detox more lengthy and uncomfortable.

Percocet abuse is no joke. Opioid overdoses have risen substantially across the country in the past few years. Like addiction itself, treatment is not the same for everyone. Call your local treatment center today to discuss how rehab can fit your needs.