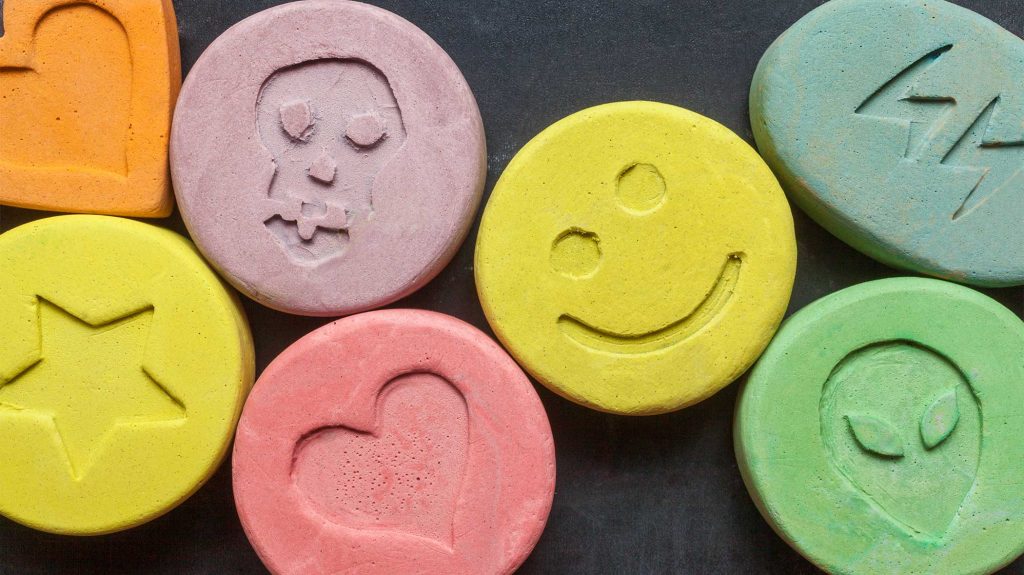 MDMA, also known as ecstasy or Molly, is a psychedelic stimulant that causes euphoria, lots of energy, and distorted perceptions. MDMA is primarily used as an illicit or recreational drug.

MDA, or the “love drug” known as Sally, is similar to Molly. It is known as the “love drug” because of its enhancement of empathy and overall mood. MDA is also used recreationally and can sometimes be mixed with MDMA.

Both of these drugs affect the serotonin levels in the brain and cause a wide range of side effects.

While Molly and Sally have similarities, including being labeled Schedule I drugs alongside other psychedelics such as LSD, mescaline, and psilocybin, their chemical structures are slightly different.

How Molly & Sally Are Different

Both Molly and Sally are hallucinogens, stimulants, and belong to the amphetamine class of drugs, but their effects can be different.

For instance, Molly provides a more euphoric feel while Sally lets you feel more energetic, appreciate visual stimuli, and give you a heavier, longer-lasting high.

Sally is actually a synthetic entactogen and a small metabolite of Molly. The primary mode of MDMA and MDA transmission is ingestion.

Molly is known as a party drug among young adults and appeals to people because of how it feels to be on MDMA. Some of these feelings include:

Those on MDMA may also experience adverse side effects that can include:

When MDMA is combined with LSD or other drugs, overdose can occur. This is because the effects of MDMA can increase to levels of neurotoxicity. When taken in large doses, Molly can cause hyperthermia and in turn, liver or kidney damage.

MDA also goes by the name sassafras or sass. The effects of MDA are similar to MDMA, but not completely. Some of the feelings you may experience with Sally are:

Partaking in the hallucinogenic MDA can have negative consequences such as:

Using this type of drug use can cause serotonin syndrome which can be life-threatening.

The Pharmacology Of Sally & Molly

Taking Molly and Sally affects neurotransmitters in the brain and causes it to release large amounts of serotonin, dopamine, and norepinephrine. When constant drug abuse occurs, the chemicals in the brain change.

When MDMA and MDA are used together, there is loss of the serotonergic (5-HT) axons which can lead to overdose. MDA has the ability to mimic serotonin and bind to the receptors. In this way, MDA acts as a serotonin receptor agonist.

If you or a loved one struggles with substance abuse, contact our helpline to learn more about our treatment programs.

National Library of Medicine — Ecstasy: a review of MDMA and MDA

The Journal of Neuroscience — Methylenedioxyamphetamine (MDA) and Methylenedioxymetham- phetamine (MDMA) Cause Selective Ablation of Serotonergic Axon Terminals in Forebrain: Immunocytochemical Evidence for Neurotoxicity

US Department of Justice — What is MDMA?