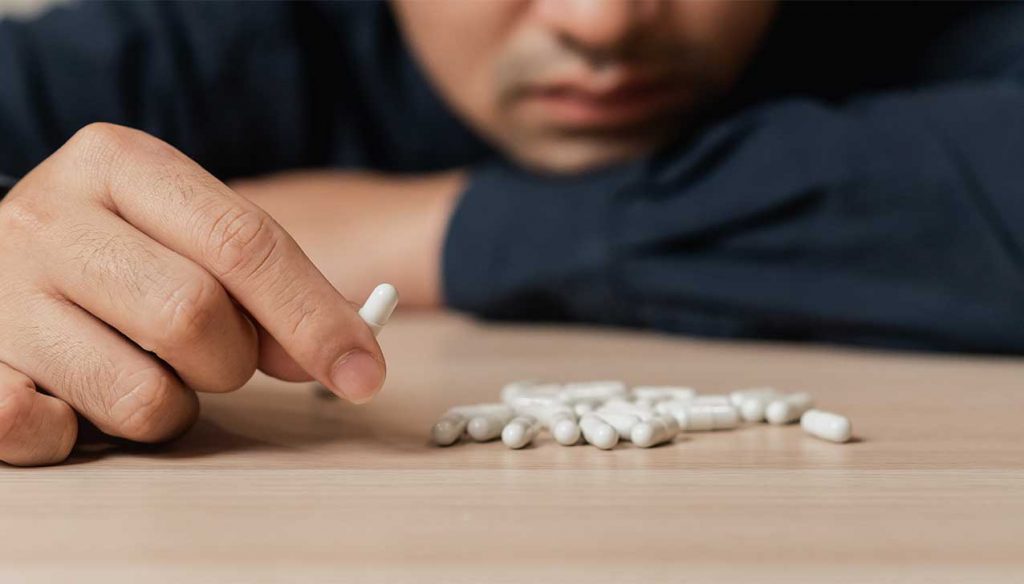 According to the Centers for Disease Control and Prevention (CDC), suicide is the tenth leading cause of death in the United States. Many suicide deaths result from intentional drug overdoses. Here’s what we know about drug overdose suicides and how to prevent them.

A study by the National Institute on Drug Abuse (NIDA) found that between 5% and 7% of drug overdose deaths in 2020 were recorded as intentional.

The actual number of intentional overdose deaths was probably higher. That’s because it’s not always easy to determine if an overdose was intentional.

The study also found that in recent years, intentional drug overdose deaths among Americans have generally declined. However, they increased among teenagers, young adults, seniors, and non-hispanic Black women.

In addition, the researchers reported that women face a higher risk of suicide by overdose than men. In fact, women between the ages of 45 and 64 are more likely to die from an intentional drug overdose than any other demographic.

The researchers also found that more people die of intentional drug overdoses during the late spring and summer.

This might be because the longer daylight hours between May and August affect the brain’s opioid receptors. These receptors impact mood and behavior. They’re also activated by opioid drugs, which are involved in a majority of drug overdose deaths.

Many intentional drug overdose deaths occur in people who have mental health issues, such as depression, anxiety disorders, bipolar disorder, and schizophrenia.

When left untreated, these conditions can cause suicidal ideation. People with these conditions often overdose on  psychiatric medications such as benzodiazepines (which are frequently prescribed to treat anxiety) and antidepressants.

You also face a higher risk of overdose suicide if you experience a stressful life event, such as divorce, assault, or the death of a loved one.

In addition, even if you’re not facing a mental health condition or other stressor, drug abuse can lead to an intentional overdose.

That’s because many drugs lower your inhibitions and make you more likely to engage in dangerous behaviors, including suicide attempts. Also, depressant drugs like alcohol can cause or worsen depression. One of the most common symptoms of depression is suicidal ideation.

Moreover, many people who abuse drugs develop drug addiction (also called substance use disorder). This disease makes you feel unable to control your drug use. It often leads to damaged relationships, job loss, and other stressors that can contribute to suicidal ideation.

To reduce your or your loved one’s risk of suicide by overdose, you should learn the warning signs of intentional overdose and seek professional treatment for issues associated with suicidal ideation.

A person who’s at risk of an intentional overdose may:

If you or someone you know displays these symptoms, call the National Suicide Prevention Lifeline at 1-800-273-TALK (8255).

You should also know the physical signs of drug overdose. While symptoms can vary depending on the person and drug, the most common symptoms include:

If someone you know experiences these symptoms, seek medical help immediately.

As explained above, the most common risk factors for an intentional drug overdose include mental health problems, stressful life events, and drug abuse or addiction. Seeking treatment for these issues can significantly lower your risk of suicidal behavior.

If you’re dealing with a mental health condition or stressful life event, the most effective treatment options include therapy, support groups, and psychiatry.

Treatment likely includes interventions such as:

If you or someone you love struggles with substance abuse, please contact Northeast Addictions Treatment Center. Our board-certified healthcare providers offer comprehensive outpatient treatment services to help you stay healthy and sober.