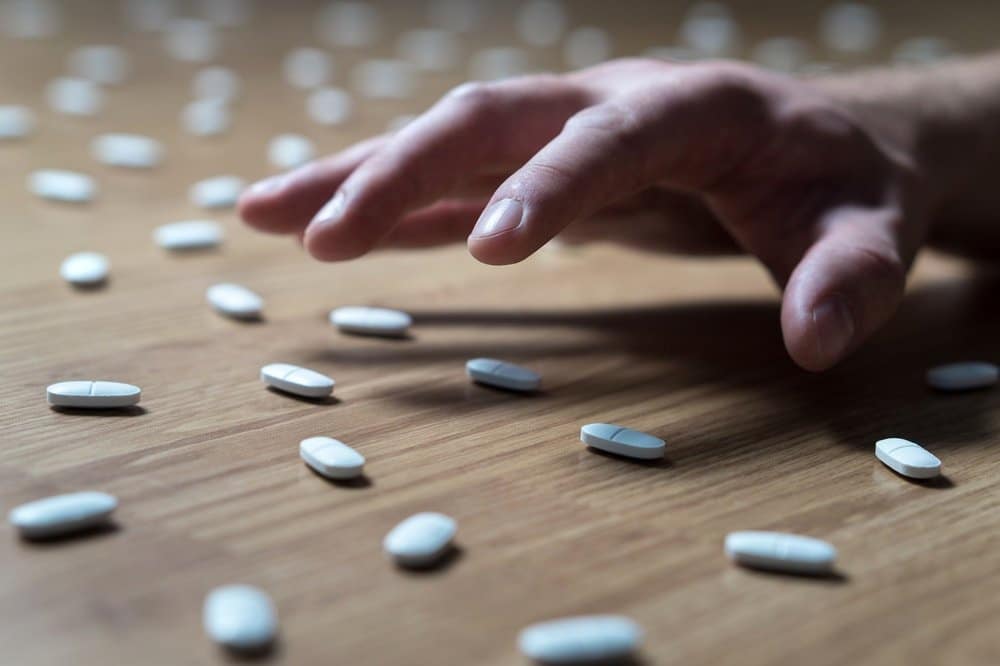 Antidepressants are important medications for many people seeking treatment for depression. There are a few categories of antidepressants and each is used depending on how a patient is being treated. Some increase the absorption of feel-good neurotransmitters, such as dopamine or serotonin, while others may work to block certain biochemicals that may destroy available serotonin. No matter which is used, some people rely on them to cope with their debilitating depression.

Unfortunately, sometimes things go wrong. A patient who is sad and not truly depressed may be prescribed an antidepressant they do not truly need. Someone else may abuse them by taking too much or mixing them with a stronger illicit drug or alcohol.

While most people do not develop an addiction to antidepressants, the risk is still highly present. This type of medication does not work instantly like a street drug would. It may take days, even weeks to experience the benefits of this treatment. But someone who is feeling suicidal or having a difficult time coping with daily life activities may abuse antidepressants. This person may try to accelerate the effects by taking more or mixing them with other drugs or alcohol, as described above.

Not everyone responds to antidepressants, which may also lead to abuse or addiction. Sometimes a prescribed antidepressant will stop working for a patient, which can result in them mixing the drug with other substances in order to feel its use. Abusing or becoming addicted to antidepressants can happen and is something to watch for in ourselves and in our loved ones.

Antidepressant addiction is controversial. Because a person cannot become physically addicted like they would with heroin or cocaine, it is less obvious to determine if an addiction exists. Yet, some doctors believe that it is possible to develop a physical dependence on them, especially for those who take the drug for recreational purposes.

At the same time, a few researchers in the medical community claim that some people intentionally misuse or abuse antidepressants as they try to achieve a stimulant effect. The worry is that those who abuse antidepressants will do so by using larger amounts than would be prescribed, leading to a higher risk of side effects like confusion or seizures.

This is a category of antidepressants that were some of the first to be developed. They work by blocking the enzyme called monoamine oxidase, to prevent it from breaking down the neurotransmitters: serotonin, dopamine and epinephrine. This allows these feel-good neurotransmitters to continue to flow freely throughout your brain. However, it doesn’t mix well with any other medications so, its use must continuously be monitored. These also don’t work well with certain foods, so a change and monitoring of diet becomes necessary. Due to the side effects, this is a class of antidepressant drugs that are usually reserved for those who don’t respond to other, newer medications.

Another earlier antidepressant is TCA, or Trycyclic Antidepressants. These work by blocking the absorption of norepinephrine and serotonin thus, making more of these feel-good neurotransmitters available for the brain. Like MAOIs, these have their share of negative side effects and are usually saved for those who have depression that is resistant to modern antidepressants.

A list of these include: Amoxapine, Amitriptyline, Doxepin, Imipramine (Tofranil), Nortriptyline (Pamelor), Protriptyline (Vivactil) and Maprotiline.

SSRIs and SNRIs are popular and more modern antidepressants in use today, with SSRIs being the most popular. Both have fewer side effects than the medications of earlier days. “Reuptake” is another word for absorption, and as the names imply, both block the absorption of serontonin while the SNRI also blocks the reuptake of norepinephrine. SNRIs may also be used to treat menopause, anxiety and fibromyalgia syndrome. In either case, the goal is to allow these neurotransmitters to be readily available to the brain as they are responsible for feelings of happiness or wellbeing.

A list of SSRIs includes the popular brand names: Zoloft, Prozac, Lexapro, Celexa, and the most popular, Paxil. Others include Sertraline, Paroxetine, Citalopram and Fluoxetine.

NDRIs and Dopamine Reuptake Inhibitors block the absorption of the feel-good neurotransmitters norepinephrine and dopamine, allowing them to be more accessible by the brain to take advantage of the wellbeing these neurotransmitters provide. The main antidepressant drug in this class, and the most well-known, is Wellbutrin.

What are the Risks of Taking Antidepressants?

In 2004, congressional hearings in the United States prompted lawmakers to include “black box warnings” on nine popular antidepressants to prompt physicians to weigh the risk of suicide against the clinical need for the medication. Since then, suicidal thoughts or tendencies has become one of the biggest issues and known risks for taking antidepressants.

In 2007 the black box warnings were revised to reflect that the need may outweigh the small risk of suicidal behaviors, as well as the fact that antidepressants are used to treat a condition that, when left untreated, carries the same risk.

Today mental health physicians and psychiatrists are more prone to do further tests to determine diagnosis, so as to reduce the side-effects of antidepressants. As with any medication, however, there is always potential for risks. There is a small chance that antidepressants will cause suicidal thoughts and tendencies as well as violent thoughts or behaviors in a patient, but even a small chance is a risk.

Physical risks of taking antidepressants include:

Both SSRIs and SNRIs may inhibit sexual interest, performance or physically hinder sexual organs causing vaginal dryness in women and hinder erection of the penis for men.

All antidepressants can cause interactions with other medications. Children and elderly people are more prone to negative risks as well as those who abuse antidepressants or are addicted to them. It is important to either strive to stop taking antidepressants if you feel you are addicted or abusing them, and work with your doctor or physician for help in properly weaning off the drug.

One of the most prevalent antidepressant withdrawal symptoms is depression. Risk of suicide is another factor, and both the chances of depression and suicide increase if one decides to quit suddenly or go “cold turkey.” Because of the effect on the brain’s chemistry, one must be careful to wean off the medication with medical oversight as a precaution.

Some physical withdrawal symptoms from antidepressants may include: headaches, dizziness, fatigue and irritability as the brain readjusts to living without the medication. Some people experience nausea or even mild flu-like symptoms as the body detoxes or flushes the drug out of the system. Some not so common withdrawal symptoms may be electric shock sensations and vivid dreams.

The most common side effect of withdrawal of antidepressants is depression. This can be tricky, because it does not necessarily mean the patient is once again in need of the medication. A physician can help monitor this aspect and determine if the depression is simply a side effect that will fade away as the body readjusts or if the patient truly needs the medication.

For some, treatment can be as easy as a doctor’s visit. The prescribing physician can help set a schedule to taper down on the amount of antidepressants taken. This approach is simply taking less over a period of weeks, which can reduce the risk of withdrawal symptoms.

Many people who take antidepressants will benefit from group or individual therapy sessions or behavioral modification programs to help create lifestyle changes that can allow them to continue living without the drug. This can help determine if the patient’s depression is something that requires drugs, or if lifestyle changes can indeed affect them and help them live a happy and healthy life without medication.

If a person was abusing antidepressants or had a “co-occuring addiction” (addicted to another, often illicit, substance at the same time), then more aggressive treatment is needed. In this case, treatment is necessary for the both substances.

Inpatient treatment for addiction of any kind has the highest rate of success. It could last anywhere from a week up to several months depending on the intensity of the addiction, and usually involves a medical detox using medications to help with any withdrawal symptoms or side effects. Therapy, including cognitive therapy, helps the patient cope with life stresses after they leave the treatment center. When it comes to antidepressant withdrawal, inpatient treatment may be the best option to ensure the patient refrains from harming him or herself.

Outpatient therapy is the most common type of treatment for antidepressant addiction recovery. In outpatient treatment, it is important to keep open communications with your doctor, and utilize therapy to manage depression without the medications. Cognitive therapy is a method that helps the patient acquire life skills to help deal with stress and other issues that can increase the risk for depression. In fact, it has been shown to be as effective as antidepressant medications, and may even reduce the risk of relapse long after the therapy has ended.

If you or someone you love is addicted to or abusing antidepressants, do not hesitate to reach out for help. Treatment centers are available that understand what you or your loved one are going through, and can help you break free of your addiction and regain your health.