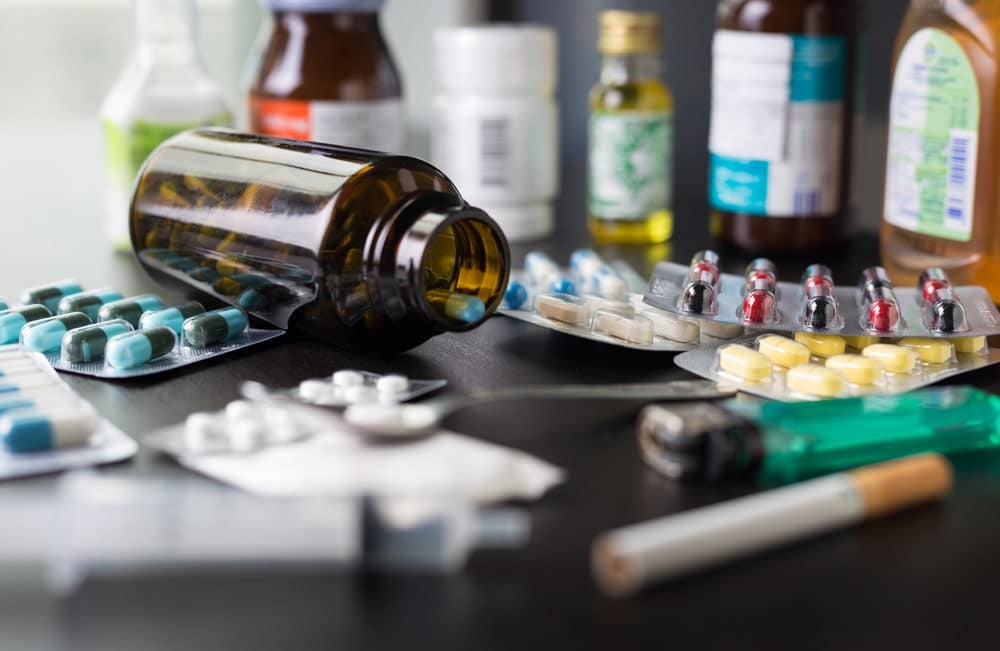 Drug overdoses are a critical epidemic in the United States. With COVID-19 affecting healthcare access and financial stability for millions of Americans, 2020 is poised to be another costly year in drug deaths.

There are 2 ways that the Centers for Disease Control and Prevention (CDC) measure drug deaths:

Total drug deaths aren’t always an accurate representation of how affected a state is. Instead, the death rate per 100,000 residents is the best measure. We looked at both numbers, but ranked states based on the rate.

For instance, Pennsylvania has over 3,000 more deaths than West Virginia in the recent data, but West Virginia has a much smaller rural population, so those deaths hit harder.

That’s why West Virginia can have the top death rate in the country even though they didn’t have the highest number of deaths.

The CDC doesn’t publish the data for the current year until it’s over, but recent data reveals the 10 worst-affected states by drug overdoses.

Based on the CDC’s most recent data, the top deadliest states include:

The latest data from the Centers for Disease Control and Prevention (CDC) says that West Virginia ranks the nation’s worst in drug overdose mortality.

West Virginia is a geographically small state, so the total deaths are quite low at first glance. Less than 900 people died from overdoses in West Virginia compared to states like Pennsylvania, where thousands die.

Those numbers are deceptive. West Virginia has the highest proportion of drug overdose deaths per 100,000 people in the entire nation.

That’s because the state is mostly rural and not very densely populated. Drug deaths happen in communities that are already small, and those deaths impact the communities (and the entire state) even harder.

The United Health Foundation (UHF) ranked West Virginia as the least healthy state in the nation due to drug injury and death.

Drug deaths in Delaware have been trending up for the last 12 years or longer, which is reflected in the recent CDC data.

Over 400 people died from drug overdoses in Delaware during the most recently recorded year. That’s the largest number of deaths yet for this small state.

Today, the damage is even worse, landing Delaware in the #2 spot for drug overdose deaths nationwide.

Delaware has over-the-national rates of drug overdose deaths for every age group, both sexes, and every race in the United States.

Maryland’s annual death rate from drug overdoses reached #3 in the country in 2018, staying there ever since.

In 2020, Maryland’s overdose problem is still one of the worst in the country. The most recent CDC data has over 2,000 deaths in a single year.

Over 90% of those deaths were from opioids. Most of them were from synthetic opioids like fentanyl, which are rampant in Maryland cities.

Interestingly, the heroin and prescription opioid overdose rates in Maryland are lower than in past years. Despite that, fentanyl and its analogs are causing plenty of uproar in MD communities.

In Pennsylvania, over 4,400 people died from drug overdoses according to the recent CDC data. That’s a 36% increase in deaths since 2015.

Like many northeastern states, Pennsylvania has a significant opioid problem. Fentanyl made up 70% of overdose deaths in Pennsylvania, while heroin caused close to 35% of deaths.

Prescription opioids are in decline in Pennsylvania, making up around 18% of drug deaths. However, other opioids are still doing plenty of damage.

Ohio ranks closely behind PA in overdose deaths with nearly 4,000 deaths reported most recently. This state continues the trend that the rest of the Northeast started, with opioids causing most cases of death.

In fact, almost 70% of all drug overdose deaths in Ohio are caused by opioids. Heroin and prescription drug death rates dropped recently, but fentanyl and drugs like it continue to keep the death rate up.

The Ohio Department of Health reports that:

You may be surprised to see New Hampshire on this list because they had less than 500 deaths, but the death rate from drug overdoses in New Hampshire is higher than you’d believe.

New Hampshire is a remote, rural state without much population density. That translates to drug overdoses causing a much bigger impact in small communities. The New Hampshire death rate is #6 in the country.

Synthetic opioids are the cause of most of these deaths. Prescription opioid deaths declined over the last 2 years in New Hampshire, but drugs like fentanyl and its analogs have kept death rates high and steady.

It shouldn’t surprise you to see yet another northeastern state on this list. New Jersey comes in at #7 with almost 3,000 deaths from drug overdoses in a single year.

Almost 90% of all drug overdose deaths in New Jersey involved opioids. That’s compared to a national average of 70%.

However, NJ’s drug death problem differed from the national norm in a few ways:

These differences could be chalked up to demographics or social differences between New Jersey and the rest of the country. In general, women are more susceptible to drug deaths than men, so the size of the difference is unusual.

The Massachusetts Department of Public Health reports that:

Lately, the death rates have stayed steady for heroin and prescription opioids.

However, the rate of fentanyl overdose rose significantly after 2014, with exponential increases every year. Now, 90% of all opioid overdose deaths are the result of fentanyl in Massachusetts.

Kentucky has the distinction of being the only non-Eastern state on this list! This Southern state has a small population, but a huge overdose problem.

The KY Office of Drug Control Policy says that:

In years past, prescription drugs were the biggest problem in Kentucky. Today, synthetic opioids are the biggest threat, which mirrors the national trend.

It took some time for KY’s drug scene to catch up to the nation, but today, synthetic opioids are easier to find than pills or heroin for many local users.

Last year, Connecticut hit a record for the highest-ever rate of overdose deaths. There was an 18% increase in deaths in a single year.

Since 2012, Connecticut’s drug overdose death rate has been higher than the national average every single year. Not only that, but the rate has climbed each year exponentially between 2012 and 2020.

The proportion of deaths caused by opioids remained mostly steady. More of those deaths were caused by fentanyl, and fewer were caused by heroin or prescription opioids.

Fentanyl deaths in Connecticut continue to increase year over year, along with other types of synthetic opioid death. Fewer women die from overdoses in Connecticut than the national average, but more men die.

What Do These Numbers Mean for the Drug Crisis in 2020?

In 2020, the opioid epidemic will probably continue spreading across the nation.

The social distancing measures put into place during the COVID-19 crisis are impacting overdose and relapse rates across the nation, and it’s expected to be up to 18 months until that goes back to normal.

The numbers indicate that the northeastern states are the most affected by overdose deaths, which has been the case for a few years.

This region is the most impacted by opioids, including synthetic opioids like fentanyl. These drugs are the leading cause of drug-related death in the nation.

Knowing more about which states are affected and how means:

Knowledge is power in the drug overdose epidemic. These 10 states are the ones that need the country’s help and attention most in 2020.