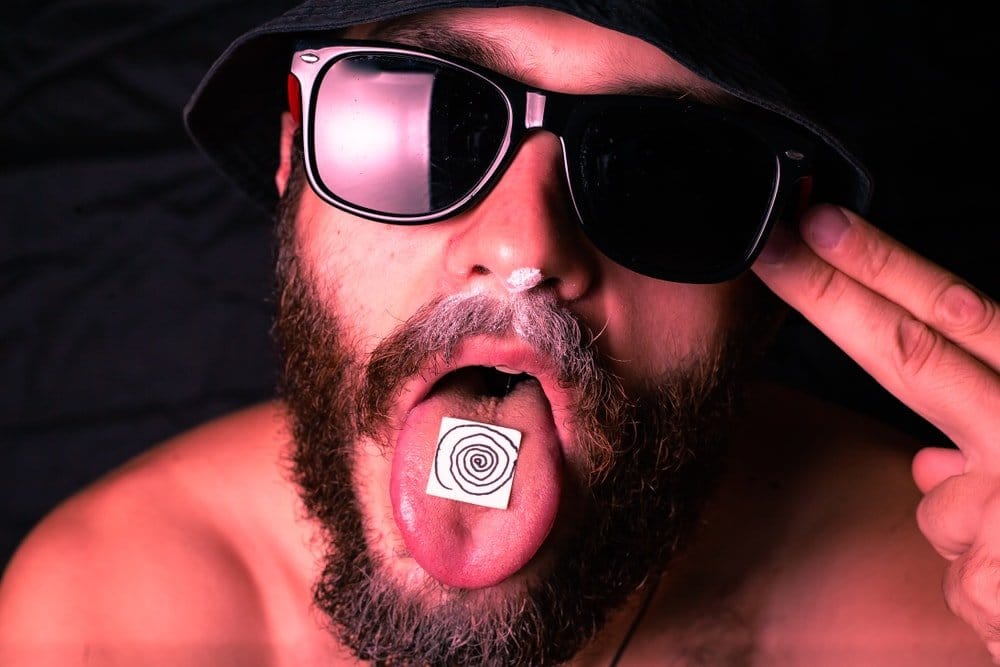 Also known as Dimethyltryptamine or Dimitri, DMT is a psychedelic, hallucinogen drug that occurs naturally in some plants. DMT can also be made synthetically in a lab. It’s an active ingredient in ayahuasca, a tea that is common in South America and for religious rituals.

When taken for recreational purposes, DMT can cause intense visual and auditory impairments and hallucinations. Some people experience out-of-body experiences referred to as “tripping.” Typically, the effects set in within seconds after administration and last between 30 and 45 minutes.

How long DMT stays in your system depends on a variety of factors, including frequency of use and dosage. DMT has a half-life of about 15 minutes. Therefore, DMT typically stays in your system for up to an hour and a half from the last time taken. The type of drug tests and screening administered also affect whether it’s detectable in your body as well as for how long.

How Your Body Processes DMT

As with most hallucinogens, DMT “trips” interrupt or disturb communication in brain chemicals. These brain effects can result in feelings of euphoria, though they’re short-lived. DMT acts on serotonin receptors and can cause drastic changes in serotonin levels that lead to hallucinations.

The way DMT is administered affects how your body processes the psychedelic drug. It can be administered in a number of ways, including:

Research has shown that when taken orally, DMT has little to no effect or activity. This is largely attributed to extensive degradation by MAO, monaomine oxidose in the digestive tract. Therefore, for oral consumption of DMT to produce any effect, it needs to be taken in combination with an MAOI, monoamine oxidase inhibitor which can also prolong how long the effects of the drug are felt. Usually, this can be for three hours.

Brewing it as a tea can produce a longer trip. However, when it is smoked as a white crystalline powder, DMT produces a fast but intense effect. When it’s injected, DMT enters the blood within seconds and the effects are felt almost instantly.

The four main types of drug tests are hair, urine, blood, and saliva. Let’s take a look at some of the types of screening that may be used as well as the factors that influence how long it lasts and can be detectable.

How Long Does DMT Stay in Your Urine?

DMT is detectable in urine drug tests for 24 hours after it is administered, with some claiming metabolites can linger for up to five days following the last dose. Urine drug tests rarely include DMT screening, however, it is possible to test for it. This involves taking a urine sample and analyzing it for various metabolites through HPLC, or high-performance liquid chromatography.

One of the variables that can influence how long DMT stays in your urine is your urinary pH levels. Research has discovered, similar to other types of pharmaceutical drugs, if you have a high urinary pH, also known as alkaline urine, you will likely retain the DMT for a longer period of time than those with low urinary pH.

How Long Does DMT Stay in Your Hair?

Hair-based drug tests are considered the best method for DMT screening. The reason for this is because it can be detected even months after it was last administered by a user.

Hair tests can detect DMT for as long as 90 days post-administration. This is true even if you are not a habitual user and only try DMT once.

How Long Does DMT Stay in Your Blood?

If a drug test is screening for DMT via a blood sample, it can be detectable for up to 24 hours post-administration. However, the dosage can affect how long it stays in your blood.

A single DMT dose is metabolized and eliminated from the plasma pretty quickly, often in under two hours. For this reason, blood tests are rarely used for DMT detection.

How Long Does DMT Stay in Your Saliva?

Currently, there is no concrete data addressing specifically how long DMT stays in your saliva when you administer it through smoking or snorting. However, DMT could be detectable in your saliva for anywhere between 24 hours to five days after you consumed it.

How Long Does DMT Stay in Lab Tests?

The amount of time that DMT would show up on a lab test for largely hinges on the type of test taken. Lab tests may include blood, saliva, hair, and urine samples, though hair and urine samples are the most effective for testing for DMT.

Most common drug tests don’t include psychedelic drugs such as DMT in their standard screenings. However, if testing specifically for the hallucinogenic drug, whether it is detectable on the lab test depends on the type of test administered. For a urine test, it could be a day or two, but for hair tests, it could be as much as 90 days.

Factors Influencing How Long DMT Will Stay in Your System

The dosage, frequency of use, how it is taken, and the physical factors of the person consuming it all affect how long DMT lasts. Generally, a single dose of DMT will leave the system within two hours. However, DMT can also accumulate in the body of frequent users, meaning it can take more to eliminate.

How long DMT effects last are not the same for everyone. Some of the variables that affect how long a DMT will stay in your system include:

Other factors include age, height, and urinary pH.

Addiction and Treatment for DMT

The Drug Enforcement Agency classifies DMT as a Schedule I drug that has no legal or medical use in the United States. It also has a risk of abuse.

Although DMT does not have as much evidence for posing a tolerance or addiction risk that other hallucinogens such as LSD and PCP do, it can still cause unpleasant effects and damage to a user’s physical and mental health, especially chronic users.

Some common side effects include:

When taken in high dosages, The National Institute on Drug Abuse also found that it can cause serious side effects such as memory loss, cardiac and respiratory arrest, as well as physical and psychological distress.

If you or someone you love is showing signs of DMT abuse, the sooner you act, the better. Inpatient treatment is an effective way to help someone suffering from an addiction. The road to recovery is just around the corner.