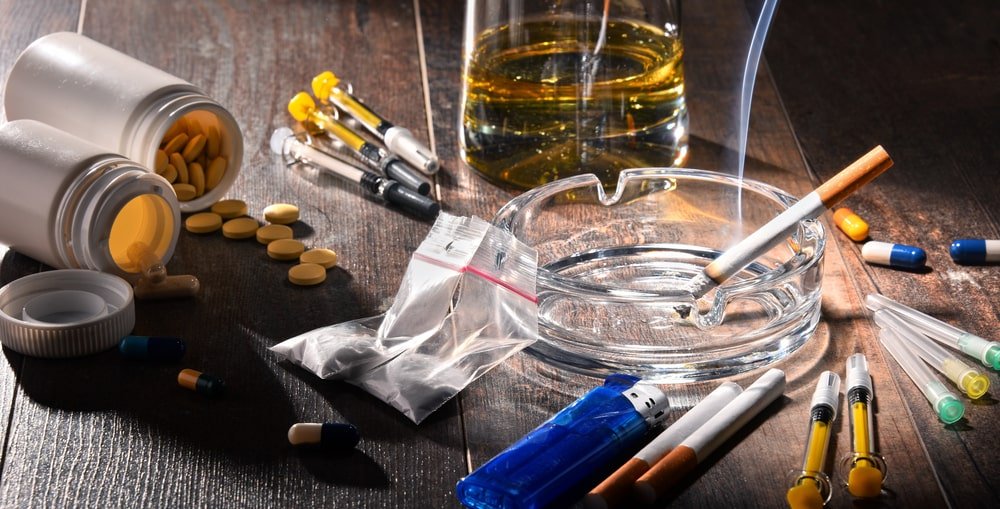 Millions of Americans take drug tests every year for employment opportunities or legal reasons. Are you one of them?

If you are, then you could be wondering how long it takes your body to process different kinds of drugs—and how long those drugs can stay in your system.

From cocaine to crystal meth and more, here’s what you need to know:

How Long Does Cocaine Stay in Your System?

The amount of time that cocaine stays in your system depends on how you use it. The effects can last up to 90 minutes, but 20 minutes is more typical.

It’s important to remember that even though you aren’t high from cocaine anymore after 20 to 90 minutes, you can still test positive for longer.

How Long Cocaine Stays in Urine?

Urine tests are cheap and reliable, so they’re the most common test used for detecting most drugs, including cocaine.

Most often, cocaine can be detected in urine for up to 3 days after use.

How Long Cocaine Stays in Saliva?

Saliva tests don’t detect cocaine itself for very long at all. That doesn’t mean it’s undetectable, though.

Even though a saliva test might not find cocaine, it can detect cocaine metabolites for up to 72 hours after you use the drug.

How Long Cocaine Stays in Hair?

Your hair follicles capture drug use when they grow new hair, so cocaine and its metabolites can be found in your hair strands after you use the drug.

That means hair tests can detect cocaine for at least 3 months after use.

How Long Cocaine Stays in Blood?

Within four hours, cocaine is gone from your bloodstream completely. That means blood tests are only effective at detecting cocaine for 4 hours.

The exception is testing that checks for metabolites instead of cocaine. These can remain for up to 72 hours.

How Long Does Heroin Stay in Your System?

The amount of time that heroin spends in your body depends on the way you take the drug.

Heroin’s half-life is only 30 minutes, so the drug’s onset is fast and it leaves your body quickly, too.

How Long Heroin Stays in Urine?

Heroin and its metabolites can be detected in the urine for at least 24 hours after ingestion and possibly longer.

How Long Heroin Stays in Saliva?

Because heroin has a short half-life, it leaves your saliva quickly. You can only detect heroin in saliva for five or six hours after use.

How Long Heroin Stays in Hair?

Heroin stays in hair longer than any other test by far because of how the hair follicle captures periods of drug use.

You can usually detect heroin on a hair test for at least 90 days after use, if not longer.

How Long Heroin Stays in Blood?

Blood tests only detect heroin for a period of hours. The drug can be undetectable on a blood test after only five or six hours.

How Long Does Black Tar Heroin Stay in Your System?

Black tar heroin is the same drug as powdered heroin, so it stays in your system for the same periods of time.

Your urine can hold traces of black tar heroin and its metabolites for up to three days after you use it.

Saliva tests only detect black tar heroin for a few hours after use, typically up to five or six hours.

Black tar heroin stays in your hair for longer than bodily fluids—up to three months past use, making this the most effective drug test for heroin.

Blood tests aren’t typically used for black tar heroin detection because they’re only useful for a few hours after using the drug.

How Long Does Ketamine Stay in Your System?

Ketamine is a powerful hallucinogenic drug that takes a long time to clear from your system. However, ketamine isn’t included on a standard 10-panel or five-panel drug test.

How Long Ketamine Stays in Urine?

Urine tests can show ketamine use for two to four days after use.

How Long Ketamine Stays in Saliva?

Saliva tests aren’t used to detect ketamine in commercial drug testing. This is most likely because the drug’s metabolites don’t stay in the saliva long enough.

How Long Ketamine Stays in Hair?

Ketamine stays in hair longer than blood or urine—up to three months after use.

How Long Ketamine Stays in Blood?

Ketamine clears the blood in 10 to 14 days, with longer detox times more likely if you use the drug often or heavily.

How Long Does Crack Cocaine Stay in Your System?

The effects of crack cocaine come on quickly and leave quickly too. Depending on the ingestion method, the high from crack can begin instantly or in three to five minutes, and it often lasts 20 minutes or so.

Crack cocaine stays in your urine for up to four days after use.

Your saliva can hold traces of cocaine use for 24 to 48 hours after use.

Hair holds cocaine and metabolites for 90 days after use, or potentially longer.

Your blood clears cocaine more quickly than other bodily substances do, often in 24 hours or less.

How Long Does Crystal Meth Stay in Your System?

Crystal meth is a processed form of methamphetamine, a stimulant drug. The effects of crystal meth start immediately or in three to five minutes. They can last up to 12 hours or more, depending on the dose and method used.

Urine tests can detect crystal meth use for up to 72 hours after you use the drug.

Your saliva holds traces of crystal meth use for up to 48 hours after your last use.

The window for detecting crystal meth is 90 days or longer with a hair test.

Crystal meth clears your blood faster than other bodily fluids and is usually undetectable within 24 hours or less.

Get Treatment for Drug Abuse

If you’re worrying about whether you might fail a drug test, then it could be the right time to seek help. No drug is too powerful to beat. Get on the path to sober living today by calling Northeast Addictions Treatment Center for a consultation.