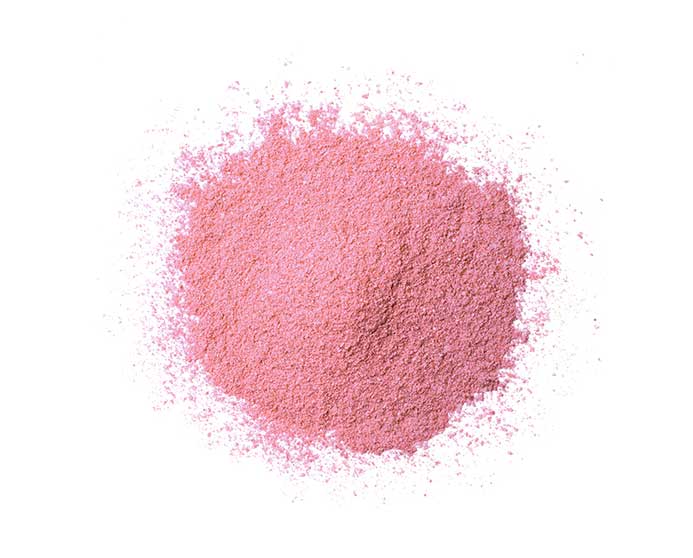 These human-made substances are similar to older synthetic opioids, such as fentanyl. They belong to a class of drugs called new psychoactive substances (NPS).

One of the most popular novel synthetic opioids is called U-47700. It poses a significant threat to public health.

It was discovered by a pharmaceutical manufacturing firm called the Upjohn Company in the 1970s.

At first, researchers thought U-47700 might be an effective alternative to the opiate (natural opioid) morphine. However, the drug was never tested on humans, and researchers eventually lost interest in it.

Although research stopped, the formula for U-47700 remained available. By 2014, illicit drug manufacturers had started using this information to make and sell the drug.

It’s typically sold as a powder that ranges from white to light pink. It has multiple street names, including U4, pink, and pinky.

As an opioid receptor agonist, U-47700 activates your body’s opioid receptors, causing pain relief and sedation. Like other opioids, the drug can also cause euphoria (intense joy), which is why people abuse it.

According to case reports, U-47700 can have unpleasant side effects, including:

Some cases of intoxication with U-47700 also involve psychosis. Psychosis is a temporary loss of connection with reality. It can cause paranoia (irrational distrust of others), delusions (beliefs that conflict with reality), and hallucinations (sounds, images, or sensations that aren’t really there).

In addition, U-47700 poses a high risk of overdose and addiction.

According to a pharmacology study by Alzghari, Fleming, and Rambaran, U-47700 is about 7.5 times stronger than morphine.

Also, as with other street drugs, it’s impossible to know the exact dose of U-47700 you’re taking. You won’t know if it has been laced with other drugs, such as fentanyl. As a result, U-47700 poses a very high risk of fatal overdose.

Between 2015 and 2016, the United States Department of Justice reported that U-47700 had caused 46 overdose fatalities across six states (New Hampshire, New York, North Carolina, Ohio, Texas, and Wisconsin).

The drug also contributed to the 2016 death of American musician Prince.

The most common symptoms of a U-47700 overdose include:

If you or someone you know experiences these symptoms, call 911 right away. Also, if you have it, administer naloxone (brand name Narcan). This medication can prevent an opioid overdose death by blocking the effects of opioids. You can get it at most pharmacies without a prescription.

Like other opioids, U-47700 poses a high risk of addiction. Addiction (also called substance use disorder) is a serious disease that makes you feel unable to stop using a drug.

The most common symptoms of U-47700 addiction are tolerance and physical dependence. Tolerance means you become used to the drug’s effects over time. You will then need higher or more frequent doses to feel high. This symptom significantly raises your risk of overdose.

Physical dependence means your body starts relying on U-47700 to function normally. If you stop using it, you may experience withdrawal symptoms such as:

Along with tolerance and physical dependence, other symptoms of U-47700 addiction may include:

If you or a loved one shows signs of addiction, seek help at a substance abuse treatment program.

U-47700 was originally classified as a research chemical. That means it existed in a legal gray area.

However, in 2016, the United States Drug Enforcement Administration (DEA) placed U-47700 into Schedule I of the Controlled Substances Act. That means it has no accepted medical use and a high risk of abuse.

Other Schedule I drugs include heroin, methamphetamine, and certain fentanyl analogs (derivatives) such as furanylfentanyl.

However, according to a study by Baumann, Mohr, and Papsun, the drug can be detected on more advanced tests, such as gas chromatography and mass spectrometry (GC-MS).

If you or someone you love struggles with drug abuse, please reach out to Northeast Addictions Treatment Center. Our board-certified healthcare providers offer behavioral therapy, medication-assisted treatment, and other evidence-based treatments to help you or your loved one stay drug-free.

What Is Gray Death?

Opioids Listed From Strongest To Weakest

Is Morphine A Stimulant Or Depressant?