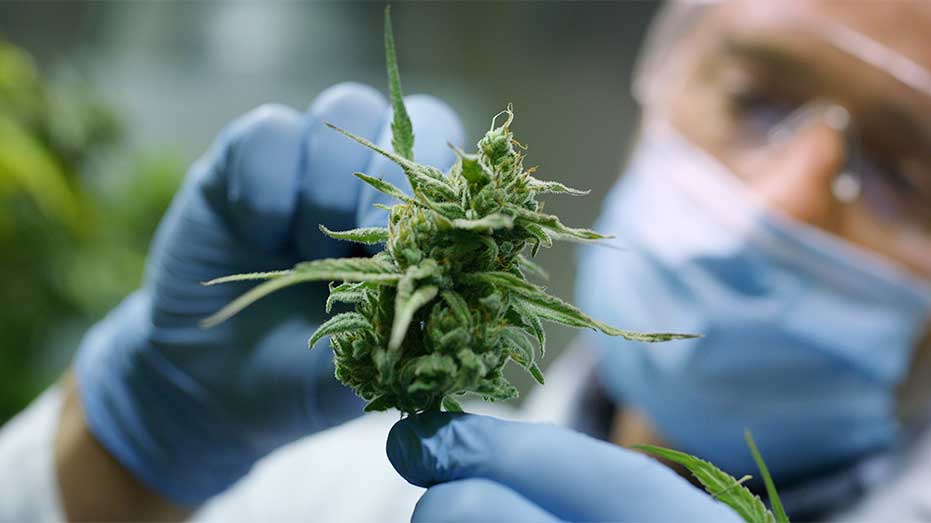 As marijuana becomes legal in more states, people are showing more interest in cannabinoids. Cannabinoids are naturally occurring compounds found in the cannabis plant. The most well-known examples are tetrahydrocannabinol (THC) and cannabidiol (CBD).

There are also more than 150 other cannabinoids, including hexahydrocannabinol (HHC).

HHC is a cannabinoid that occurs in the cannabis plant in small quantities.  It can also be made synthetically.

In 1944, American chemist Roger Adams became the first person to synthesize HHC when he added hydrogen molecules to THC.

Since then, people have learned how to synthesize HHC using not only THC but also CBD and other compounds from cannabis.

Like other cannabinoids, HHC is sold in many different forms, including:

There have been very few studies on the effects of HHC. That’s because the substance is relatively new.

However, many people report that HHC acts similarly to THC. THC is the main psychoactive ingredient in marijuana. It makes you feel relaxed and happy, or “high.” HHC also causes a high. In addition, it seems to share many of THC’s other effects, including:

Scientists have not yet determined the specific risks of HHC. However, since the substance acts similarly to THC, it may pose some of the same risks, including:

According to the National Institute on Drug Abuse (NIDA), THC can hinder your brain development if you start using it as a teenager. You may then experience problems with memory, thinking, and learning. HHC may have similar effects, though more research is needed.

Like THC, HHC may hinder your motor skills, including your coordination, reaction times, and depth perception. That’s why it could make you more likely to experience falls, motor vehicle crashes, and other accidents.

One of the most common symptoms of marijuana use disorder and addiction is physical dependence. That means your body starts relying on marijuana to function normally. If you stop using it, you may experience withdrawal symptoms such as irritability, anxiety, and trouble sleeping.

Because HHC acts similarly to THC, it may also cause physical dependence and other symptoms of addiction, such as:

Like other diseases, addiction requires treatment. The most effective treatments include medical detox to manage withdrawal symptoms, behavioral therapy to manage cravings and other mental health concerns, and support groups to help you feel less alone in your recovery journey.

There are no laws that specifically ban or allow HHC.

However, the 2018 Farm Bill legalized products made from hemp (a type of cannabis plant), as long as they contain 0.3% or less THC. This suggests that hemp-derived HHC products are legal. As HHC becomes more popular, though, some states may restrict its use.

Does HHC Show Up On Drug Tests?

Some people claim that HHC does not show up on drug tests. However, most tests that detect THC can also detect HHC.

If you or someone you love feels unable to stop using HHC or another substance, please contact Northeast Addictions Treatment Center. Our board-certified healthcare providers offer medical detox, behavioral therapy, and other personalized, evidence-based treatments.

National Institutes of Health — Cannabis (Marijuana) and Cannabinoids: What You Need To Know